Wikipedia has since-deleted the alleged leak, but screenshots live forever! 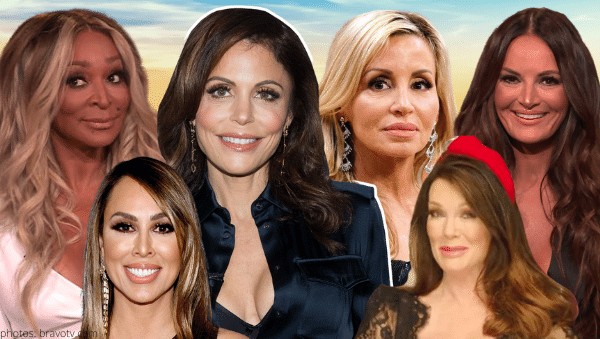 WikiLeaks, but make it Bravo:

In a since-deleted Wikipedia update, the online encyclopedia named the Real Housewives from around the country that are rumored to star in the spinoff’s third installment.

The leaked list consists of iconic housewives from yesterday and today, including fan favorites alongside some of the most controversial cast members in the show’s history.

The former star of Real Housewives of New York, Bethenny Frankel, is rumored to rejoin the Real Housewives spinoff cast after a total of eight seasons on RHONY, starring in the Bravo spin-offs Bethenny Ever After and Bethenny & Fredrik, not to mention her  HBO Max reality competition series from early 2021, The Big Shot with Bethenny.

Fired Real Housewives of Orange County star, Kelly Dodd, got dragged for spreading misinformation during a global pandemic while proudly sharing her controversial ‘all lives matter’ stance with her social media audience, motivating the suits at Bravo to part ways with the recently married mother of one.

Apparently, that doesn’t mean Kelly will automatically be excluded from being featured on Peacock’s spinoff.

Though Wiki removed the update, that didn’t stop fans from posting screenshots.

Want to stay up-to-date on all things reality tv ?

Check out Zachary Reality for the latest from Bravo TV, Bachelor Nation, and beyond.

What are your thoughts on the rumored RHUGT3 cast? Drop your opinion off in the comments!