Get the latest on B and watch the season 13 RHONY trailer here! 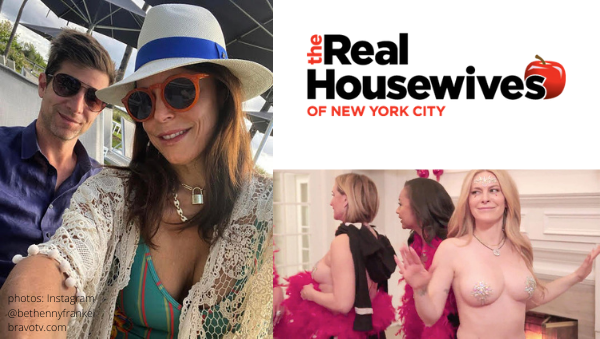 Bethenny puts the ‘B’ in BDE.

Real Housewives of New York alumni, Bethenny Frankel, chose to ‘Mention It All‘ about her personal life as the trailer for the 13th season of RHONY was released.

Coincidence? I think not…

The BStrong founder officially closed the chapter on her marriage to Jason Hoppy on Jan. 20, according to Page Six– though it wasn’t announced until March 23.

Audiences got to know B’s baby daddy on the spinoffs, Bethenny Getting Married and Bethenny Ever After, which is why the former couple’s messy AF split and custody battle were so surprising.

As one chapter closes, another one opens.

Over the weekend, rumors circulated that the Paul proposed, as B was spotted wearing a diamond ring while visiting Florida.

PEOPLE confirmed the rumor on March 23, though Bethenny has yet to make her engagement ‘Insta-official.’

To say that Bethenny tried to steal RHONY’s thunder would be an understatement. In fact, Instagram’s @cici.loves.you said it best:

Let’s get back to the main event- season 13 of RHONY….

Check out the Pink Shade podcast for hilarious recaps of your favoite Bravo shows and beyond! Here is the most recent episode.

Do you think B will ever return to RHONY? Sound off in the comments!