Home > Buzz RHOBH Alumni: Where Are They Now?

RHOBH Alumni: Where Are They Now?

From diamonds and rosé to grandkids and face lifts...

With every season of Real Housewives of Beverly Hills, rumors swirl regarding who may or may not return to the show… or get demoted to a ‘friend of’.

As we’ve learned over the years, not all Housewives who leave are gone for good! Check out what some of the former RHOBH cast members are up to now…

After Taylor’s legendary time on Bravo, she became the subject of one of the most popular memes of all time. I don’t know about you, but I’ll never have ‘ENOUGH‘ of the ‘yelling cat lady.’

Taylor fans are psyched for the second season of the Real Housewives Ultimate Girls Trip which will also feature another former RHOBH star (keep reading to find out) and was filmed at Dorinda Medley‘s house in the Berkshires. 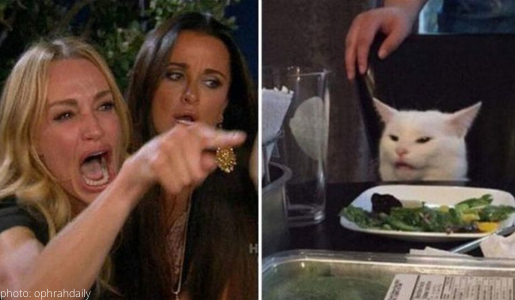 The three-season housewife may have ditched the season 3 reunion, but that didn’t mean Adrienne was ready to fully separate from the franchise. Not only has she appeared on multiple episodes since her full-time departure, but Adrienne has taken time to indulge in Dave Quinn’s book, Not All Diamonds And Rose: The Inside Story of the Real Housewives from the People Who Lived It.

“Wow! What a great read and a flood of memories from the inception of Beverly Hills Housewives. Feels like it was yesterday.”

Camille may be off our tv screens, but she is making sure she still appears on Bravoholics’ social media feeds.

The former Mrs. Kelsey Grammer is no stranger to tweeting her reactions to current RHOBH episodes, but Camille found herself at the center of the gossip surrounding Erika Jayne Girardi‘s financial issues.

After confessing she heard about Tom Girardi‘s alleged crimes at Andy Cohen‘s baby shower, the former MTV dancer kept Twitter abuzz with guesses of who told her the hot ALLEGED gossip.

Things have changed pretty drastically for Kim since leaving the show as a full-time cast member. She’s on good terms with her sister, Kyle Richards (for now,) and is a grandma.

Like a few other former Housewives, Kim went on to temporarily star on another reality show, Marriage Boot Camp: Reality Stars.

With Kim’s sister, Kathy Hilton, stealing the silver screen, Bravoholics hope for all three of the Richards sisters to appear on RHOBH at once. Kyle is most entertaining with her sisters around…

The controversial former RHOBH star (and the reason we have the spinoff, Vanderpump Rules) is set to return to the small screen on the second season of Real Housewives Ultimate Girl trip with Taylor Armstrong, and housewives from Atlanta, New York, and Orange County.

The former fashion model is enjoying life as a grandmother, as her daughter, Gigi Hadid, had her first child with former One Direction singer, Zayn Malik.

“Thank you for showing me the true meaning of love and partnership… My life and my world are better with you in it, You are the light in my eyes💕”

The practicing Wiccan witch got divorced from her husband, David Gebbia, who she said broke her heart… and forced her to move from her 15,000-square-foot gothic mansion that includes a cross-shaped swimming pool.

According to Meaww, the one-season-wonder is worth an impressive $150 million, making her one of the wealthiest RHOBH stars ever.

Kathryn was only on the show for about half of a season, and now she’s busy traveling and supporting the military on United Service Organization tours with her husband.

Like many former RHOBH stars, Kathryn has commented on Erika Jayne’s current legal situation. She explained that she believes Erika is “no dummy. I will say that because she has a survivor mentality.”

John Mellencamp‘s daughter is still trying to be relevant, though RHOBH fans have made it clear they are ready for a Teddi-less future.

In addition to worming her way back on Bravo screens as a ‘friend of’ Kyle Richards, Teddi is using her dad’s celebrity to stay in the news.

Aside from her acting career, Joyce stays busy with philanthropy and running her successful hair and skin Miracle Elixir Collection.

After three seasons, this former Housewife decided to leave reality tv and focus on her career as a soap opera star.

Eileen currently stars on Peacock’s Days Of Our Lives spinoff, Beyond Salem, and revealed if she would return to DOOL in the future. “I’m open to anything, but it would really depend.”

Are there any former Housewives you’d like to see back on the show? Drop names below!

Be the first to leave Comments for RHOBH Alumni: Where Are They Now?