The soap opera actress posted a video on Twitter clapping back at Lisa Vanderpump. 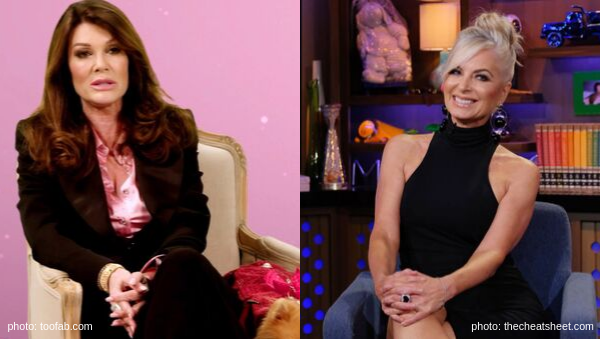 Former Real Housewives of Beverly Hills star, Eileen Davidson, has receipts- and she’s making sure Lisa Vanderpump sees them! The soap opera actress posted a video on Twitter clapping back at the former OG of RHOBH.

So @lisavanderpump and all her lovely friends! I gave this interview a year ago. Check it out around the 13:00 minute mark. Also when I left ⁦@RHOBH_⁩ bravo asked me not to discuss deets. Have a lovely day!!! https://t.co/p3WVw8CkKU

Eileen clarified that she was asked to “take a step down” from Bravo‘s hit reality show.  The award winning actress continued, “It’s not something that I want to do in that caliber and I never planned on doing it for that long.”

“They have asked me to come back still and come in – in and out – and it’s really not something I want to do,” Eileen explained.

If you thought Eileen and LVP were out of sight and out of mind  – you were wrong! The feud rekindled when Eileen was on Watch What Happens Live! and  she said it was a ‘pu$$y move’ for LVP to ditch the RHOBH finale.

Naturally, LVP took a moment to respond to the actress’ accusation on social media. “Mmm @eileen_davidson,” Vanderpump, 58, tweeted on Thursday. “At least I resigned, you weren’t honest about the fact that you were fired… Now that’s a p***y move as you call it.”

Whose side are you on? Leave Team Eileen or Team LVP in the comments!