Andy led the live studio audience in a 'Free Britney' chant to close the show. 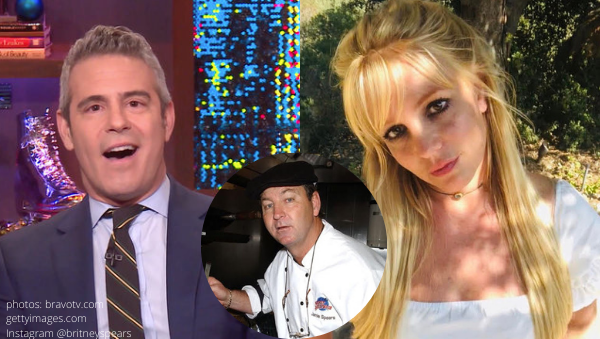 The universe has been abuzz since pop icon Britney Spears spoke out in court (virtually) against the conservatorship she has been trapped in since 2008.

On the late-night show Watch What Happens Live, host Andy Cohen not only took time to praise Britney’s passionate plea to the court, but to drag her father, James (Jamie) Spears for trash.

During the show’s closing segment, Andy named Jamie the ‘Jackhole of the Day.’ In true Andy form, he dissed Jamie referencing titles of Britney bops.

“How about we all start listening to Britney Spears? Britney Spears is not a girl, she is a woman. She certainly deserves a hell of a lot more than a low-rent ‘Mommy Dearest’ in a boxy suit. Britney, after the courage you showed today, you are 100 percent stronger than yesterday, and Jamie, if you want to make money in the future, I suggest you better work, bitch.”

Andy concluded the show by having the audience chant “Free Britney” as the credits rolled.

Do you think the bombshells from Britney’s court hearing will have an impact on her conservatorship? Drop your opinion off in the comments!