"This show’s never been for the fainthearted!” 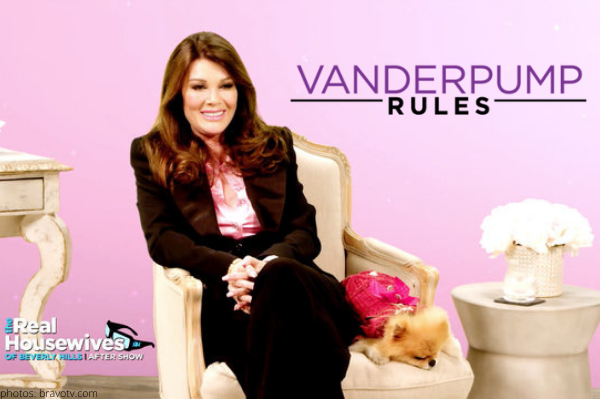 Raise your glasses high– Vanderpump Rules is returning for its 9th season!

The show’s matriarch, Lisa Vanderpump, dished to US Weekly about the cast and what to expect after last season’s dramatic casting changes.

According to the restauranteur, the cast member who Lisa thinks will “shake things up the most” this season is Scheana’s fiancé, Brock Davies.

“That whole relationship is a little … eye-opening.”

“This show’s never been for the fainthearted!”

After LVP was asked who she thinks has changed the most since the show’s freshman season, the Bravolebrity couldn’t settle on just one cast member.

I’ve seen a lot of maturity in some of them, for sure, because a lot of them have worked for me for years prior to being on the show. So, just to see them taking chances — I mean, they’ve bought their own houses, they have a modicum of responsibility in having children. So yeah, there’s been quite a lot of growth.”

Sure, Tom Schwartz may be a homeowner now, but his boss doesn’t think he’s evolved too much.

“Schwartz is still very much a puppy dog.”

Let’s just hope Schwartzie isn’t still getting blackout drunk and hooking up with strangers in Vegas.

Here is an episode of the On This Day Entertainment podcast I recorded after going to the grand opening party of Vanderpump Cocktail Garden at Caesars Palace.

In case you’d rather read about it…

The 9th season of Vanderpump Rules premieres on Bravo Tuesday, September 28, at 9 pm.

Which of the former SUR staffers are you most excited to see on season 9? Drop names in the comments!