But can he hang a tv in seven minutes? 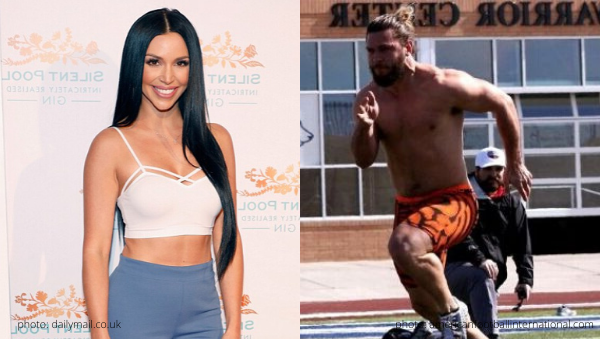 It’s all happening for the reality tv star who isn’t defined by her divorce!

VPR fans have watched Scheana’s dating shenanigans, even a marriage to Mike Shay, over the show’s last 7 seasons, so naturally Vanderfans were curious if we were going to see her relationship with the ‘F45 World inspiration Male Trainer’ play out on Bravo. I’ve got answers!

Will we see Scheana’s new man on season 8 of VPR?

“No. We met right after,” Scheana wrote to a Twitter follower. The gorgeous pair began dating after filming the current season was finished filming, so Brock will not be seen alongside the SURver until the show’s potential ninth season.

Is Scheana still open to appear on The Bachelorette?

The ‘Good As Gold‘ singer took to Twitter to announce she is no longer open to the idea on appearing on the popular dating show because she’s already found her ‘Prince Charming.’ “[Six] months ago, I woulda been so down [to appear on The Bachelorette].”

How long have Scheana and Brock been dating?

The smokin’-hot couple made it Instagram-official in November of 2019 after enjoying a trip to Bali together. Brock also attended BravoCon with Scheana and have gone on a number of vacations with one another as they continue to live separately in Los Angeles.

Does Scheana plan on taking it slow with Brock?

According to an interview with Hollywood Life, “I just don’t really believe in taking things slow because you’re just delaying the inevitable and prolonging it. Whether that’s good or bad. It’s like, why don’t you just jump in and find out right away? And that’s where we both did. We’re on the same page, but I mean, it’s only been three months, so not moving in together anytime soon, but I don’t know, maybe when our leases are up.”

Scheana noted that she and Brock have fit into one another’s lives “very well and easily,” according to Inquistr.com.

I was fortunate to attend the opening party for Vanderpump Cocktail Garden in Las Vegas last year and got to chat with Scheana and several of her OG co-stars. Here is an article I wrote breaking down my experience and a bonus episode of the On This Day Entertainment podcast spilling even more tea.

Do you think the romance between Scheana and Brock will last? Drop your predictions off in the comments!