The newest SURver made her announcement right before the season finale of the hit Bravo show. 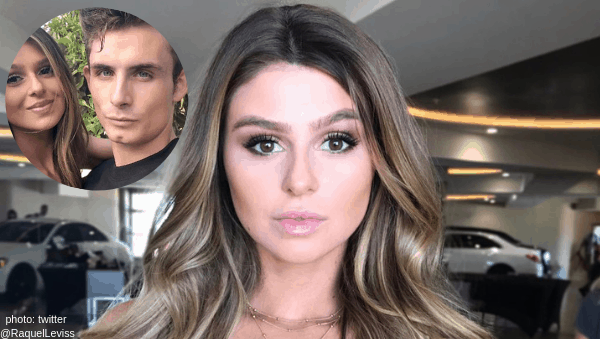 Vanderpump Rules star, James Kennedy, may have an ‘in’ at SUR now that his girlfriend was hired as part of the waitstaff. Raquel Leviss is the newest SURver, making her debut on the restaurant’s co-owner, Guillermo Zapata‘s, social media page before making it Insta-official on her page.

SURprise!!!!! You’re looking at the newest addition to SUR’s wait staff! May I take your order?

If you’ve been watching VPR, we know that the cast is not a fan of Raquel or her boyfriend, The White Kanye. Raquel invited the cast regulars to her puppy party and only a few actually wanted to go, which was deliciously awkward. Plus, neither Raquel nor James are on Brittany Cartwright and Jax Taylor’s wedding guest list.

As a VPR superfan, I hate to say this. I think the show is losing it’s magic. What used to feel natural and organic now feels staged and rehearsed. This may be the last straw for a lot of us Vanderfans. Check out these tweets responding to the news of SUR’s most recent hire.

Oh gawd! 🤮 I can’t handle any more screen time with Raquel she adds nothing to the show!👎

It looks like I’m not the only one who thinks hiring Raquel at SUR feels artificial.

Clearly it’s for ratings. I think she will be great! Go Raqui!!!

This is clearly a mistake in the making but I guess LVP loves drama!!!

Do you think this conflict of personalities will make for great television? Sound off in the comments!

one Comment for VPR’s Raquel Leviss Was Hired At SUR!