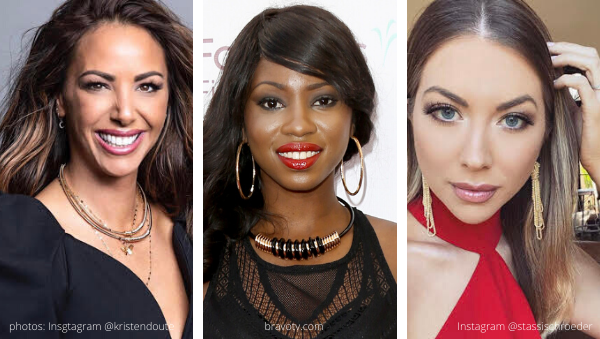 Faith Stowers reacts to Vanderpump Rules stars Stassi Schroeder and Kristen Doute getting fired after their racist actions towards her. “I feel so vindicated.”

Bravo made the announcement that they fired OGs Stassi and Kristen, as well as freshman cast members Max Boyens and Brett Caprioni from their hit show. Here is the full article if you’d like to read it for yourself!

As of yesterday, 6/8/20, Stassi’s agency and her public relations firm dumped her after of her actions toward her former cast mate. Also, Kristen’s book agency dropped her after hearing she racially profiled a co-worker and calling the cops on her.

The former SURver turned star of MTV‘s Ex On The Beach and The Challenge told Page Six, “I feel so vindicated studios and production are able to see blatant racism and make these positive changes and help move the race forward — help with the fight forward.”

Revealing she was saying a prayer for a family member, “I know it sounds corny — I felt a sense of glory,” Faith explained. “I felt God’s presence and I’m seeing now [that the news has been revealed] maybe that is what that was. He gave me a sign of optimism meant to be hopeful and showing that all of this was worth it.”

Faith knew she had to speak up:

“I was ready to put myself in the line of fire because I don’t know what will happen if I don’t say anything,” Faith  told the publication. “Now I’m seeing Bravo follow suit, releasing women that have given crazy ratings for them because they want to be on the right side of history,” she said, “and I’m seeing people are finally hearing us.”

“I’m glad I did” say something, Faith included.

Faith’s hope for the future:

The new mom hopes production companies and networks are “ready to hire casting directors and producers of color to make sure these changes are not just a one-time thing.”

Faith’s message to the recently terminated:

“I hope they use this time that they have now to educate themselves to why this happened to them and try to use [their] voice later for real change.”

Do you think Bravo did the right thing by firing Stassi, Kristen and the new guys? Drop your opinion off in the comments!