Paris retweeted a group photo with her aunt cropped out with the caption, "My faves🥰." 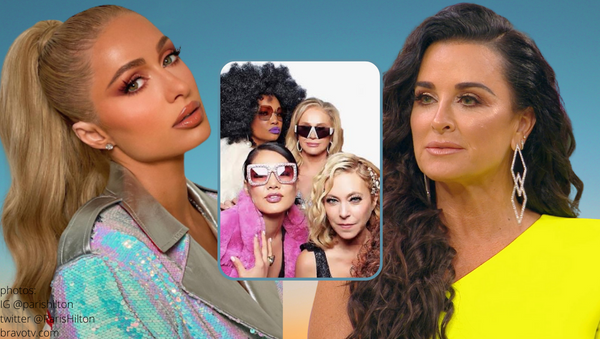 The post that Paris re-tweeted was a group photo of her ‘faves” from the RHOBH cast, including her mom Kathy Hilton, Garcelle Beauvais, Crystal Kung Minkoff, and Sutton Stracke.

***Please note Kyle Richards was cropped out from the bottom right corner of the photo.***

For the record, Aunt Kyle wasn’t the only Real Housewife to get edited out of the original pic.

Do you think Paris’s post was intentionally shady? Drop your opinion off in the comments.