The Season 2 RHOSLC Trailer Is Here

Contrary to her social media presence, Jen Shah claims she is “f*cking scared” of going to prison. 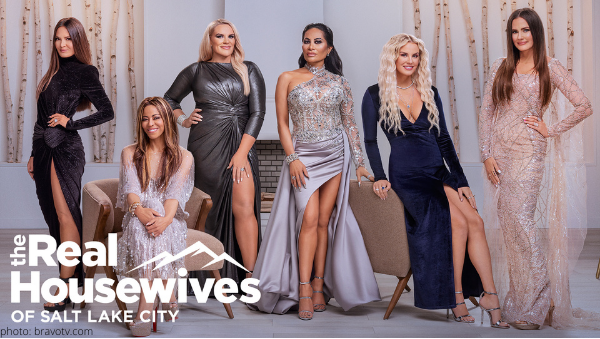 Jennie Nguyen will join the cast in a full-time role.

In addition to getting to know the newbie, the trailer teases Mary’s alleged ‘cult leader’ status, and Jen defending her “f*-cking vagina” after season one’s scandal with Meredith’s son, Brooks Marks (double ‘ks’).

As if Jen’s alleged crimes weren’t enough of a treat for viewers to sink their teeth into, Whitney gifted Bravoholics the messy AF accusation that Meredith had a role in Jen’s indictment.

“It looks like you [Meredith] might have something to do with the fact that Jen was indicted.”

As always, Jen screamed, “I swear to God, if you have anything to do with the bulls— charges against me, Meredith, you’re f—ing disgusting.”

Slow clap for this preview.

Jen isn’t the only housewife in Salt Lake with legal issues.

Earlier this month, Mary was charged with two misdemeanors– 1) “unlawfully providing shelter to a runaway” and 2) “contributing to the delinquency of a minor.”

The pastor pleaded not guilty to both counts.

“Mary is saddened that she was dragged into another family’s domestic situation but is confident that this misunderstanding will be cleared up soon.”

Want to stay up-to-date on all things Bravo and beyond?

Season 2 of RHOSLC premieres on September 12th on Bravo.

Which storyline are you most excited about? Sound off in the comments!