"It would be a disaster for her if she is the only defendant left going to trial." 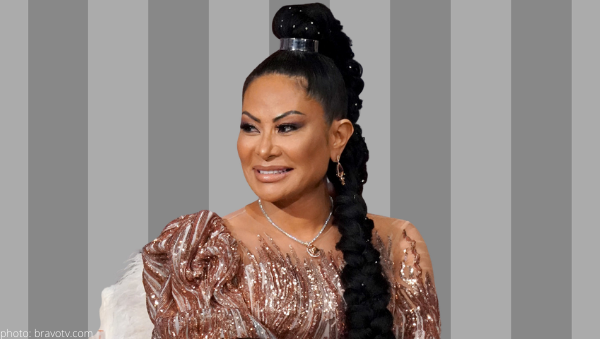 Jen Shah may not smell like a hospital, but the smell of trouble overwhelms the controversial star of the Real Housewives of Salt Lake City.

Attorney Ronald Richards took to Twitter to share a legal document from Jen’s criminal case as well as a brief rundown of his findings.

Spoiler alert- it’s not looking good for the wife/mother of two.

“Breaking: @TheRealJenShah big firm attorneys abandon case. She is now left with a small practitioner. We predicated this weeks ago. It would be a disaster for her if she is the only defendant left going to trial.”

This isn’t the only news to rock the reality star as of late.

According to Ronald Richards, StuChainz will not remain loyal to his boss.

A lot of Breaking news on @TheRealJenShah. 1. Her assistant is going to plead and most likely flip on her. 2. Her trial date will get moved due to lack of courtrooms. 3. Court issues a ten page ruling denying her motions. See attached and link: #shahfraudhttps://t.co/SRF1GU0Dy7 pic.twitter.com/VcxQfRMXhr

What to expect for season 2 of RHOSLC:

An insider told Hollywood Life, “Jen didn’t hold back at all when talking about her legal issues on the show.”

“She kept it very real and is maintaining her innocence to the ladies. She filmed full-time and this season will focus heavily on Jen.”

Jen’s co-stars Meredith Marks, Whitney Rose, Mary Cosby, Lisa Barlow, and Heather Gay “really had no idea [of Jen’s alleged crimes]. They found out when the rest of the world did and were shocked.”

Jen isn’t the only RHOSLC star in legal troubles:

Earlier this week, Mary pleaded not guilty to two misdeameanors- specifically, for “unlawfully providing shelter to a runaway” and “contributing to the delinquency of a minor.”

Do you think Jen will end up going to ‘camp‘ like Real Housewives of New Jersey‘s Teresa Giudice? Sound off in the comments!