The controversial real housewife faces up to 30 years behind bars. 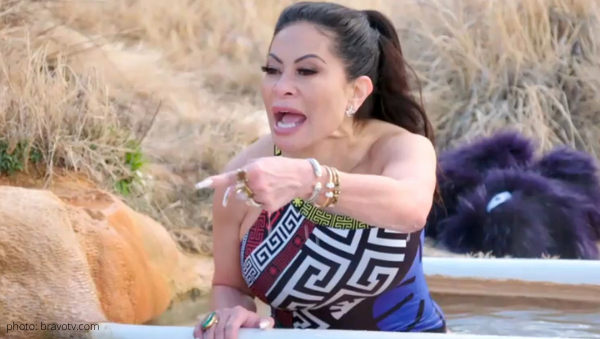 Bravo‘s latest Real Housewives franchise, the Real Housewives of Salt Lake City, may have the most significant scandal in reality tv show history- and it’s before the second season wrapped filming.

You’re going to want to sit down for this….

According to People, “Jen Shah was arrested on Tuesday alongside her assistant Stuart Smith for allegedly targeting individuals in a nationwide scheme.” RHOSLC fans know Stewart as ‘Jen’s first assistant.’

ALLEGEDLY: She got a call & told producers that she needed to leave because her husband was hospitalized. She left. The cast was getting ready to leave & the FBI showed up 5 mins later looking for her. They filmed the cops talking with the other Housewives. #RHOSLC #JenShah pic.twitter.com/u62fcqu2hH

“Shah’s fellow cast members — including Heather Gay, Lisa Barlow and Meredith Marks — ‘were completely shocked when Jen was taken away,’ the source adds. “The women were all about the take a trip to Colorado in the coming days. The women aren’t sure if they are still going yet.”

Manhattan U.S. Attorney Audrey Strauss detailed the accusations against Shah and Smith in a press release on Tuesday, claiming that the duo “allegedly generated and sold ‘lead lists’ of innocent individuals for other members of their scheme to repeatedly scam.”

“In actual reality and as alleged, the so-called business opportunities pushed on the victims by Shah, Smith, and their co-conspirators were just fraudulent schemes, motivated by greed, to steal victims’ money. Now, these defendants face time in prison for their alleged crimes,” the Attorney continued.

She has been arrested, the U.S. Attorney’s Office for Utah confirms. @fox13 #utpol #Utah