“Andy Cohen asked me a question and I gave my answer.” 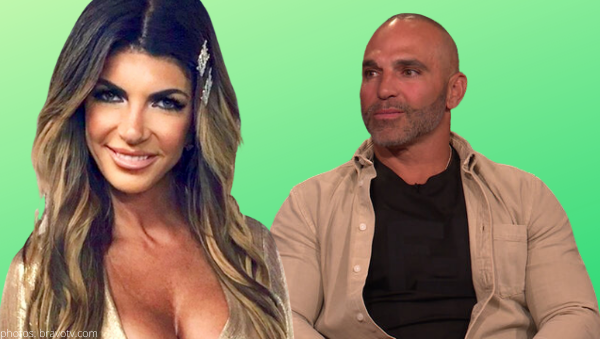 In an exclusive interview with US Weekly, the mother of four daughters admitted, “Andy Cohen asked me a question and I gave my answer.”

“So, when I gave my answer, my brother’s like, ‘There you go putting me down.’”

Teresa insisted, “I’ll take the blame. I don’t care. Blame it on me. … Andy asked me a question, I answered the question. It was my opinion and he didn’t like my answer.”

Tre told US Weekly, “And I’m like, ‘First of all, I would never put my brother down. I love my brother.’”

“He’s my only sibling. I absolutely adore him. Like, he’s my baby brother [and] no matter what, I’ll always take the fall for him [because] I’m the older sister.”

“I’m not trying to put my brother down,” she insisted. “That’s just how I feel and how I felt like my answer goes.”

“Listen, I never wanna fight with him on TV and what he said that hurts my feelings.”

In early April of 2022, rumors circulated regarding why Joe walked off the reunion set involving the on-screen fight he had with his niece, Gia Giudice.

With the information Bravoholics have so far, it’s a *definite maybe* that the subject that Tre and Joe had differing opinions on involved Teresa and Joe Giudice‘s oldest  daughter.

“It’s just very sad [and] I know my parents wouldn’t like for him to be saying that. I don’t know how he would like it if [his sons] Gino and Joey would say that to [his daughter] Antonia, like, that’s something you don’t say, but it’s OK, I don’t care. I’ll take all the bullets you want.”

In a season 12 RHONJ reunion preview, Joe told his sister, “You gotta stop putting me down” before storming off the set.

After calling Tre a “f*cking moron” Joe suggested she, “Act like a sister.”

Do you think Tre and Joe’s reunion disagreement stemmed from his dispute with Gia? Sound off in the comments.