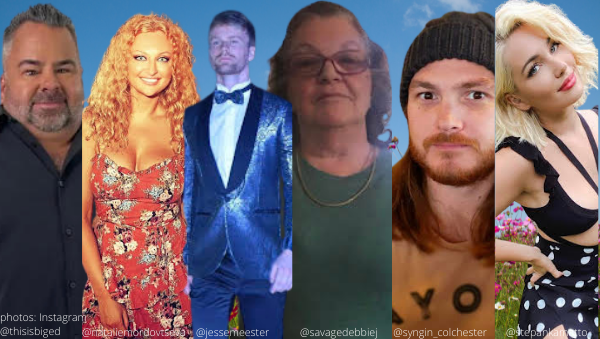 90 Day: The Single Life is returning to Discovery+ for a second season!

Fan favorites, as well as some controversial characters, will return for another chance at finding the one.

According to E! Online, Darcey Silva‘s ex, Jesse Meester, is hoping to find love. “I’m still looking for this pure soul, this beauty. I feel like a virgin, rediscovering…wow.”

90 Day Fiancé: Happily Ever After? star, Syngin Colchester, is also joining The Single Life cast after separating from wife Tania Maduro. The South African ex-pat doesn’t necessarily have a type, as he said he is “looking to meet a ‘gothic girl’ or even a ‘nun.'”

Natalie Mordovtseva takes to tv to look for love again, as is Edward “Big Ed” Brown.

“Big Ed 2.0” is giving it another shot after finding a serious girlfriend on season one of The Single Life. Spoiler alert, it didn’t work out.

In an exciting plot twist, Colt Johnson from season one of The Single Life convinced his mother, Debbie Johnson, to find love again after the loss of her husband.

“I’m looking for someone that I really care about and can enjoy my experience, sexually,” Debbie teased.

Stephanie Matto from 90 Day Fiancé: Before the 90 Days was the first 90DF alumni to join the cast.

Known as fifty percent of the first same-sex couple in 90 Day history, the bisexual blonde is looking to date both men and women on The Single Life.

“There’s a whole world of possibilities.”

Stephanie is also looking forward to ending her celibacy streak. “I haven’t had sex with someone in two and a half years.”

Putting the ‘tea’ in teaser:

I’m LIVING for this hot goss from US Weekly…

“For the first time in 90 Day history, two singles from different 90 Day relationships connect and spark an interest in each other after ending things with their American exes.”

Which of the season 2 cast members of The Single Life do you think connected during filming? Drop names in the comments!

Be the first to leave Comments for Introducing The ’90 Day: The Single Life’ Season 2 Cast