The season 4 trailer is full of feuds, babies and irritated family members. 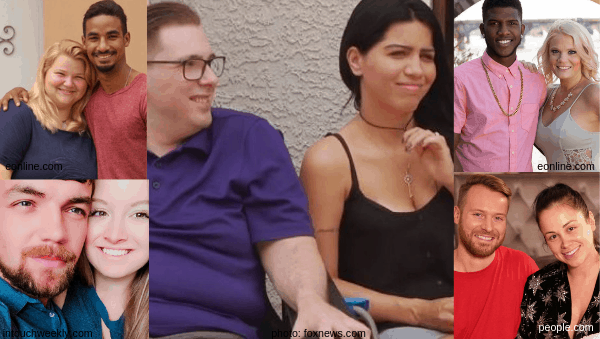 90 Day Fiance: Happily Ever After? is coming back and bringing back fan favorites from several 90 Day Fiance seasons!

An original 90 Day Fiance couple, Russ Mayfield and Paola Mayfield will be back after they revealed they had suffered a miscarriage. The couple is happy to report that Paola is about to give birth to the couple’s first child, and made amends with Russ’ family.

Season 4’s Nicole Nafziger and Azan M’Raouni as well as season 5’s Elizabeth Castravet and Andrei Castravet are also on board for the 4th season of the 90 Day Fiance spin off. Ashley Martson and Jay Smith from season six of TLC’s hit show are returning, surprising this fan! Many agree with me that Ashley and Jay were the most boring couple last year, so bringing them back was a disappointment for us.

I was far from disappointed to hear that now-exes Colt Johnson and Larissa Dos Santos Lima are coming back for the spin off. The divorcees had a turbulent 90 day process that involved multiple domestic violence incidents and arrests. “Sex with Colt is a disaster. I’m not a blow-up doll,” the Brazilian beauty says in the trailer.

I was happy to see that Coltee’s mom, Debbie Johnson, will appear on the spin off! “She destroyed my son and my relationship,” a teary Debbie says about Colt and Larissa. I wonder if Cookie Dough will make an appearance? A girl can hope…

Are you excited for the season 4 cast of 90 Day Fiance: Happily Ever After? Give me all your opinions in the comment section!

Be the first to leave Comments for 90 Day Fiance: Happily Ever After? Couples Announced