“It kind of caught her off guard.” 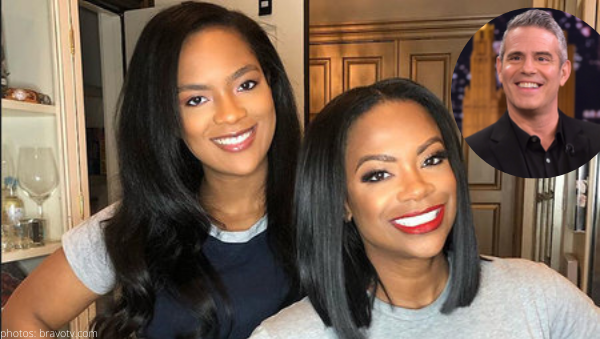 “I’m not about the drama. Don’t start none, won’t be none.” –Kandi Burruss

The star of the Real Housewives of Atlanta called out Watch What Happens Live! host, Andy Cohen, after she and her daughter appeared on Bravo‘s late-night talk show.

In case you missed it, while Kandi was a guest on WWHL, Riley Burruss (who began the evening as an audience member) stepped in to bartend at the last second.

The Xscape songstress explained the situation on the Slut Pig podcast.

This time, Bravo’s daddy asked Riley about her estranged father- which seems appropriate since Riley grew up on our small screens and we witnessed her daddy drama first hand.

“Has your relationship with your dad improved at all?”

Riley replied, “I don’t remember the last time I spoke to him, so that answers that question.”

Although Kandi’s poker face didn’t show it, the mom of three was upset that Andy put her daughter on the spot regarding such a sensitive topic without warning.

“I didn’t really like it when he brought up my daughter’s father to her on camera on ‘Live.’”

The Xscape songstress elaborated, “It wasn’t like she was prepped or anything, so it kind of caught her off guard.”

Kandi wasn’t happy with Bravo’s daddy putting her daughter in the hot seat; however, she acknowledged how proud she was of Riley- who is currently attending New York University– for how she handled herself.

Do you think Andy’s question about Riley’s dad was inappropriate? Drop your hot-take off in the comments.