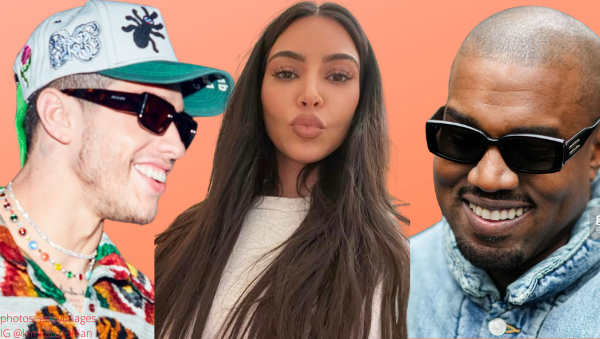 Keeping Up With Kanye West:

According to screenshots (allegedly from Kim Kardashian‘s new phone number), the mother of four describes Kanye West‘s recent behavior on social media as “dangerous” and “scary” toward her new boyfriend, Pete Davidson.

Saved as ‘Kim Other Phone,’ the screenshot stated, “U are creating a dangerous and scary environment and someone will hurt Pete and this will all be your fault.”

The rapper’s IG caption requested his fans and followers allow him to “handle the situation” himself.

**For the record, Kanye posted his message in all caps (as always), but I wanted to spare your eyeballs.**

“Upon my wife’s request please nobody do anything physical to Skete Im [sic] going to handle the situation myself.”

Having a hard time Keeping Up With The Kardashians and Jenners?

Check out Zachary Reality for the latest from all of your reality tv favs.

Has Kanye gone too far? Sound off in the comments.