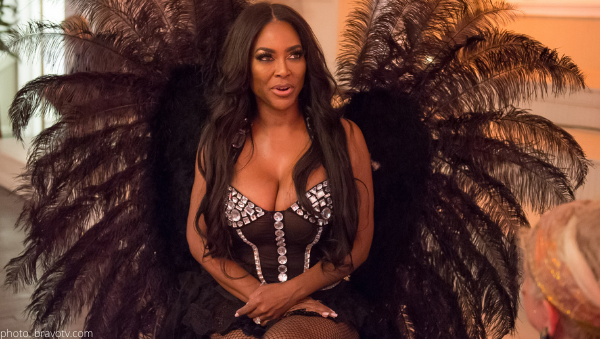 There is ‘Gone With The Wind Fabulous‘ news for fans of the Real Housewives of Atlanta‘s Kenya Moore!

The former Miss USA is slated to compete on Dancing With The Stars for its 30th season, per reports from TMZ.

“More contestants will be added to the DWTS roster in the coming weeks,” according to Daily Mail.

Living to judge/judging for a living:

Kenya joins a long line of Bravolebrities who have danced their way (back, in some cases) into mainstream media including former RHOA star Nene Leakes, Real Housewives of Beverly Hills‘s Lisa Vanderpump, Lisa Rinna, and Erika Jayne.

Kenya is part of the season one Real Housewives All Stars cast which filmed in Turks and Caicos in early 2021.

The RHAS1 cast broke the internet with an unintentionally hilarious TikTok of them dancing on the beach.

Here’s a sneak preview of what’s to come from Kenya.

(Try not to get distracted by Ramona Singer‘s dancing homage to the ghouls from Michael Jackson’s Thriller video- I dare you.)

Dancing With The Stars premieres Wednesday, September 20th on ABC.

Which reality tv stars would you like to appear on DWTS? Drop names in the comments!