Tyra Banks Takes Over Hosting Duties Of Dancing With The Stars

"I am excited about hosting and executive producing — getting in there, live TV, you never know what happens on live TV." 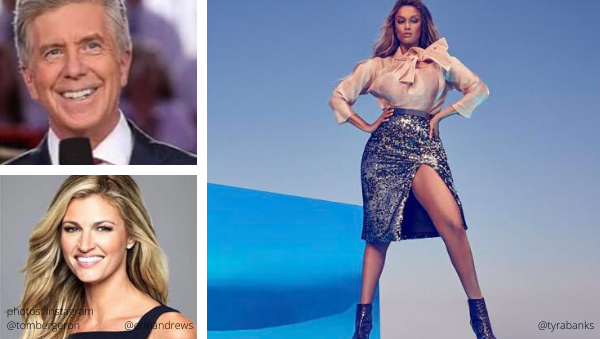 Former America’s Next Top Model host, Tyra Banks, is returning to our small screens as she is the new host AND executive producer  of ABC‘s Dancing With The Stars! This is the first time DWTS has brought on a Black female to host without a co-host.

The supermodel is taking lead of the competition reality show. Tyra’s press release (per PEOPLE) read, “I am excited about hosting and executive producing — getting in there, live TV, you never know what happens on live TV.”

Tyra is changing the game AGAIN:

Never forget, she was the first Black model to grace the covers of the Victoria’s Secret catalog and the Sports Illustrated swimsuit issue. Tyra was also the first female cover model for GQ. “I’m used to the model [firsts], but today’s the first time I’m hearing this first Dancing with the Stars black woman, I never even thought of that.”

The former America’s Got Talent host teased the upcoming season of DWTS:

“Let’s just keep this real, it’s gonna be so next level,” she disclosed. “We’re doing all this crazy stuff, taking it to the next level, but still keeping the stuff America loves.”

Since this is Tyra we are talking about, after all, be sure to expect some badassery. “Get ready because it’s gonna be different!”

What about Tom Bergeron and Erin Andrews?

Longtime host of DWTS, Tom Bergeron, spilled the tea via his social media network that he was not invited to return to the hit show after his 15 year run as host. Tom joked in his caption, “Just when I figured out how to work the spray tanner! 😉”

Just when I figured out how to work the spray tanner! 😉

Erin Andrews, took to the gram to thank ABC, Tom, the judges, and contestants.

According to TMZ, “ABC and BBC released their own statement about Tom and Erin’s departures … saying the show is embarking ‘on a new creative direction.'”

Don’t want to miss any reality tv news and gossip?

Stay up-to-date by subscribing to the On This Day Entertainment podcast! Listen to the latest episode here!

Are you excited for some new energy on DWTS? Drop your opinion off in the comments!