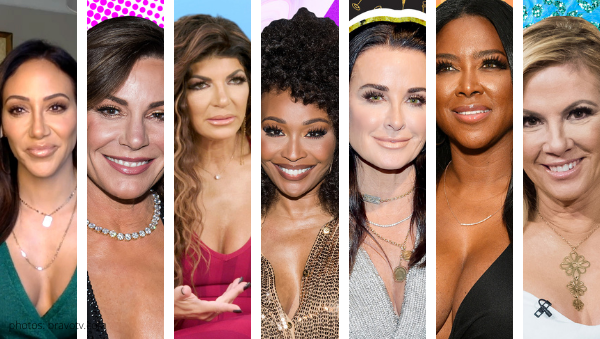 The cast of the Real Housewives All Stars is confirmed as filming begins in Turks and Caicos.

Real Housewives of New York‘s Luann de Lesseps was the first housewife confirmed to star on the tropical spinoff back in March 2021.

It didn’t take long for the ‘Ramona Coaster’ to derail.

The Housewives have arrived at the house in Turks & Caicos. I’m told Ramona instantly ran to get the best bedroom and has pissed off the other women. She has already called Kenya a bitch and they haven’t even been there for an hour. Buckle up!! 🏝

An insider spilled to The Sun, “An 8th person is going to be added halfway, and will be teased as some sort of twist.”

“It’s rumored that former RNONY Jill Zarin is a ‘top pick’ for the secret bonus cast member, although her participation in the series has not been confirmed by Bravo.”

Can anyone else hear this photo?

If Jill Zarin doesn’t crash the Real Housewives All Stars show, I’m going to need my money back, @peacockTV . I said what I said. #ScaryIsland #RHAllStars pic.twitter.com/wXjCGGslcn

This is the Scary Island throwback Bravoholics deserve….

The Sun‘s source also noted that the all star cast had to be reduced as a result of the pandemic.

“This is not the ideal cast that Bravo wanted but due to scheduling conflicts with current seasons filming and Covid, everyone is just excited they are going through with this.”

“The cast size had to be cut down to seven, as the largest-sized house the show could book is seven bedrooms due to Covid protocols.”

If you’ve ever watched a housewives cast choose rooms on a cast trip, you understand there is no room sharing. Nor will Lu stay on the lower level, but that’s another story.

RHAS is “Planned to be four to six episodes, but that may change depending on the footage” and will air on the streaming service, Peacock.

Want to stay-up-to-date with the Real Housewives?

Check out the Pink Shade podcast for the latest news and gossip from your favorite Bravolebrities and beyond as well as hilarious recaps. Here is the most recent episode.

What do you think of the All Stars cast? Drop names of who you would add and remove from the line up in the comments!