Home > Buzz Derek Hough Returns To DWTS As A Judge

Derek Hough Returns To DWTS As A Judge

The 'pro' will join DWTS' new host, Tyra Banks, and some familiar faces from your favorite reality tv shows. 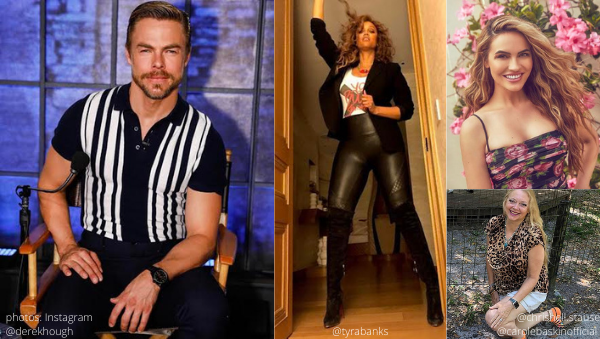 You may know Derek Hough for his charisma and slick moves on the Dancing With The Stars stage, so it’s no surprise that ABC is having the hunk return for the show’s 29th season. In an unexpected twist from 2020, Derek will be returning to the hit show as a judge, not a dancer.

After stating how grateful Derek was for his experience on DWTS as a dancer, Derek announced,”I look forward to returning as a judge. I hope to be fair, fun, encouraging, honest, helpful, compassionate and I look forward to watching these amazing journeys unfold. See you soon. And good luck to all the competitors this season.”

The pro-turned-judge ended his post with some advice for the latest batch of celebs, “Work Hard! Have Fun!” Sounds like pro advice if you ask me!

Cats out of the bag:) Looking forward to being Back in the Ballroom. This show has and will always be incredibly special to me. This show has gifted me with so many memories and priceless experiences. Amazing relationships, growth, triumphs, failures, struggles, fears, celebrations, fun and just pure entertainment. I look forward to returning as a judge. I hope to be fair, fun, encouraging, honest, helpful, compassionate and I look forward to watching these amazing journeys unfold. See you soon. And good luck to all the competitors this season. Work Hard! Have Fun!

According to reports from US Weekly, the “35-year-old dancer will serve as a judge during season 29, alongside Carrie Ann Inaba and Bruno Tonioli. Last week, a source confirmed to Us Weekly that the show has been trying to figure out how to incorporate judge Len Goodman, who cannot travel from London due to the pandemic.”

Derek isn’t the only new face you’ll see on the 29th season of DWTS!

Tyra Banks is joining as the show’s host, replacing Tom Bergeron and Erin Andrews. Tom “spilled the tea via his social media network that he was not invited to return to the hit show after his 15 year run as host. Tom joked in his caption, ‘Just when I figured out how to work the spray tanner!

Who are this year’s stars?

Are any reality tv stars joining the DWTS cast?

Which of the celebs are you rooting for this season? Drop names in the comments!