Nene claimed a hostile and racist work environment was fostered and tolerated. 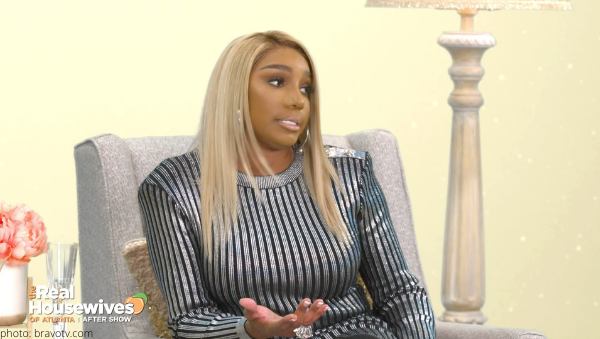 On Wednesday, April 20, 2022, Nene Leakes sued the companies behind the Real Housewives of Atlanta alleging they “fostered and tolerated a hostile and racist work environment,” as per reports from ABCnews.go.

According to the lawsuit filed in Atlanta’s federal court, Linnethia Monique Leakes, a Black woman, “complained to executives about years of racist remarks from fellow housewife Kim Zolciak-Biermann, who is white, but that only Leakes suffered consequences.”

ABCnews.go reported a scene from RHOA‘s first season, which aired in 2008, involving the cast planning to attend a barbecue. Kim Z. responded to the idea with “words to the effect of: ‘I don’t want to sit around with NeNe and eat chicken’” which “perpetuated an offensive stereotype about African-Americans,” according to the lawsuit.

Another example provided averred “the suit says in 2012 during the fifth season, Zolciak-Biermann made ‘racially offensive and stereotypical’ comments about the new home of housewife Kandi Burruss, calling her neighborhood a ‘ghetto’ and perpetuating a racial stereotype in an offensive comment about whether Burruss needed a swimming pool.”

The lawsuit also claimed “Zolciak-Biermann used the N-word to refer to Leakes and other of the housewives after a dispute with them, the suit alleges. It also alleges Zolciak-Biermann falsely implied that Leakes used drugs and called her home a ‘roach nest.’”

**RIP to Nene’s late husband, Gregg Leakes, who dressed as a roach to Nene’s exterminator as a clap back to Kim… and apparantly the executives behind the most viewed Housewives franchise.**

The defendants named were NBCUniversal, Bravo, True Entertainment, and Truly Original, executives from the companies and Andy Cohen for fostering “a corporate and workplace culture in which racially-insensitive and inappropriate behavior is tolerated – if not, encouraged.”

Page Six reported, “Joe Habachy, another Leakes attorney, said ‘not a day goes by that NeNe doesn’t wake up with an onslaught of overwhelming emotions as a direct result of these unfortunate and avoidable occurrences.’”

“The suit alleges that the defendants’ actions violate federal employment and anti-discrimination law, and it seeks monetary damages to be determined at trial.”

Want more of the Real Housewives in your life?

Do you think this will get taken to court? Sound off in the comments.