"It doesn't have to be that hard." 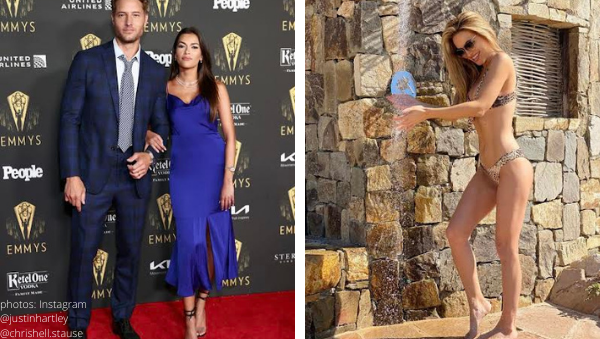 Passive-aggressive shade is alive and thriving with This Is Us star, Justin Hartley.

The actor dished about what makes his marriage with Sofia Pernas different than his marriage to Selling Sunset‘s Chrishell Stause and his first wife, Lindsay Korman (with whom he shares a daughter) in an exclusive interview with Haute Living.

When describing the 44-year-old’s third marriage, Justin explained, “It’s incredible when you’re not forcing things. It doesn’t have to be that hard.”

“You just meet the right person and you just go, ‘Oh, this is amazing. It’s just so wonderful!’ You’re so attracted and so attached to this person. You just love this person so much.”

“We got married in March, and we are so happy,” elaborated the actor. “Even though we’ve only been married a few months, it’s hard to remember what it was like without her.”

“Everything is easier with her in my life. I also feel like I’m better at stuff. I learn from her. She speaks five languages. She’s brilliant, she’s incredible, she’s fun to look at.”

Jerry Maguire called and wants his cliche dialogue back…

ICYMI, Justin met his third wife on the set of The Young And The Restless that he shared with his then-costar/wife, Chrishell – with whom he broke up via text message.

Want to stay up-to-date on all things reality tv and beyond?

Check out Zachary Reality for the latest on your not-so-guilty pleasures!

Did you read this interview as a love letter to Sofia, or did you -like me- see it as a way to belittle the star that outshines him, Chrishell? Sound off in the comments.