Helping the homeless is "a cause close to my [Chrishell's] heart." 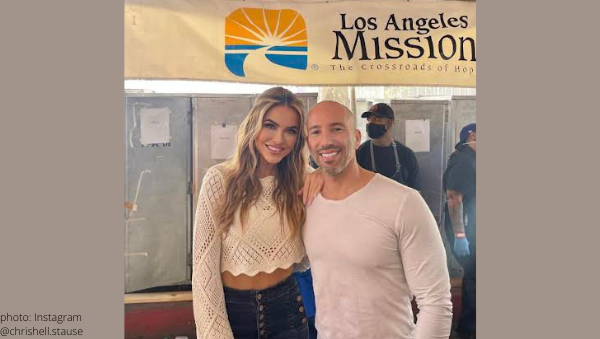 As if we needed more reason to talk about Selling Sunset after the electrifying 4th season, soap opera actress-turned real estate agent- turned reality tv superstar Chrishell Stause took to Instagram to share how she and her boyfriend/boss, Jason Oppenheim, celebrated their first Thanksgiving as a couple.

“Had such a great day volunteering with @thelamission who hosted such an amazing Thanksgiving for the homeless of LA today💕. This is a cause close to my heart and I feel like speaking on it helps dismiss the conventional stereotype some people have of who these people are.”

Chrishell can relate to the struggles of many- as she experienced homelessness growing up- and truly understands how difficult it can be for families to make ends meet. The bombshell will expand upon this part of her life in her upcoming book, Under Construction.

“The pandemic has forced so many people into a place they never thought they would be. Losangelesmission.org is linked in my stories if you are fortunate enough to be able to help others who aren’t. 💕🙏🏼 Hope you guys have a great Thanksgiving and have tons to be thankful for!”

In case you haven’t been social media-ing, the recently divorced Chrishell and the owner of The Oppenheim Group first went public with their relationship in July 2021.

According to E! News, Chrishell confessed she and Jason began dating a couple of months before making the romance public. “We really were really private and secretive for as long as we could until we realized the walls were closing in. People were getting a little savvy to it.”

**Quick spoiler alert… Based on the season four finale, it seems Selling Sunset fans will see Chrishell and Jason evolve from friendly colleagues to a power couple in season five.**

Want to stay up-to-date with your favorite reality shows?

Check out Zachary Reality for the latest news and gossip from Netflix, Bachelor Nation, and beyond!

What do you think about Chrishell and Jason together? Sound off in the comments!