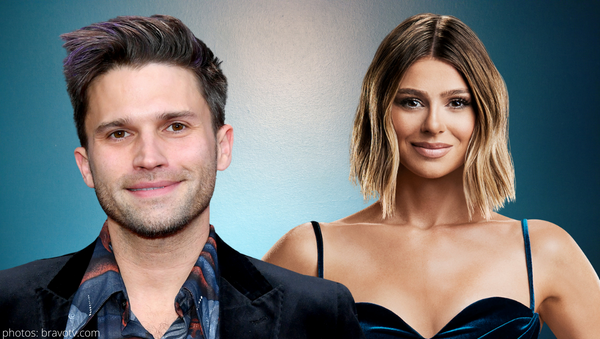 On recent episode of Scheana’s “Scheananigans” podcast called Getting Deep With Tom Schwartz, Tom gave a “shout-out to Raquel” for being so “cool.”

Seeing through a different lens, the TomTom and Schwartz &  Sandy’s co-owner admitted he didn’t take time to get to know DJ James Kennedy‘s ex-fiance when he was married to Katie Maloney.

“I was so caught up in my own little world and I was married…I never took time to get to know Raquel.”

“She was always cool. I just never really took [the] time to invest in her. That’s a horrible way to phrase it. I never really gave her a chance.”

Raquel “has so much depth and character,” elaborated the recently divorced bar owner. “I think I wrote her off.”

Scheana asked Schwartzie if he planned to “make the rumors” of him courting Raquel true. “I don’t know what to say.”

Do you think Tom and Raquel are legit dating or is all of this manufactured drama for the cameras? Sound off below!

Be the first to leave Comments for VPR’s Tom Schwartz Called Raquel Leviss “Cool As Sh!t” Weeks Before Alleged Hookup