Bravo TV Not Bringing Real Housewives Of Dallas Back Next Year

"Nothing official has been decided" regarding its return at a later date. 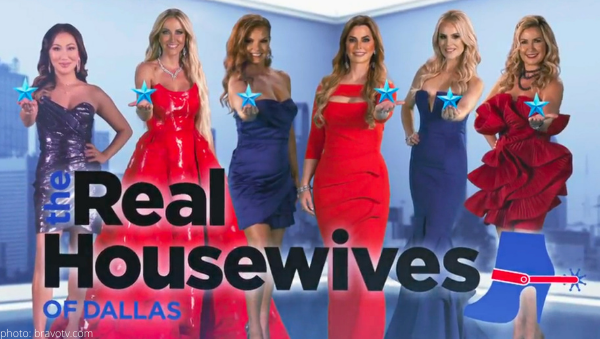 The future of the Real Housewives of Dallas is unclear.

People reported, “There are currently no plans to bring The Real Housewives of Dallas back next year. ”

“As for the possibility of future seasons premiering at a later date, nothing official has been decided, the network [Bravo] added.”

What about the RHOD cast?

With all of the talk about the Real Housewives All-Stars franchise and the re-vamping of Bravo’s Chat Room, RHOD stans are bound to get more from the southern housewives…right?!?

The RHAS season 2 cast roster just dropped and there were no Dallas housewives, past or present, included.

As far as Bravo’s Chat Room, many current Bravolebrities -and even former Real Housewives of Beverly Hills star, Brandi Glanville– are slated to appear as guest panelists on the late-night talk show.

Want to stay up-to-date on all your favorite Bravo shows?

What were your most fond memories from RHOD? Sound off in the comments!