Home > Buzz RHOBH's Erika Jayne and Tom Girardi: 'The Housewife And The Hustler' Coming To Hulu

RHOBH's Erika Jayne and Tom Girardi: 'The Housewife And The Hustler' Coming To Hulu

The documentary will feature voicemails, court docs, and a never-before-aired deposition tape of Tom. 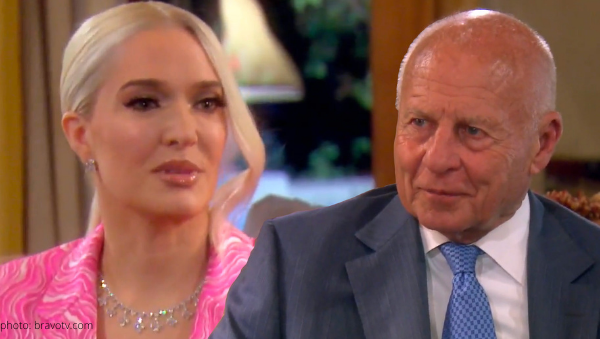 She’s an enigma wrapped in a riddle and cash– not to mention legal issues.

Real Housewives of Beverly Hills star Erika Jayne/Erika Girardi and her estranged husband, Tom Girardi‘s legal woes will be explored in a new ABC News Originals documentary called The Housewife and the Hustler.

According to People, “Various legal experts, those accusing Tom of embezzlement and Real Housewives stars speak on the scandals surrounding the former couple, all of which came to light following Erika’s divorce filing last year.”

In addition to the legal expert that declared “Tom Girardi was L.A. law — so powerful,” former RHOBH ‘friend of’ Dana Wilkey, and comedian Heather McDonald are also interviewed regarding the couple’s pending divorce and alleged crimes.

From the look of the trailer, it doesn’t appear that neither Erika nor Tom had any involvement in the documentary.

The Housewife and the Hustler drops June 14 on Hulu.

Check out the Pink Shade podcast for hilarious weekly recaps. Here is the most recent episode breaking down the latest installments of RHOBH, RHONY, and RHONJ.

Do you think Erika was privy to her husband’s alleged crimes? Drop your opinion off below!

Be the first to leave Comments for RHOBH’s Erika Jayne and Tom Girardi: ‘The Housewife And The Hustler’ Coming To Hulu