Rumors are that Erika Jayne may be off the show for good. 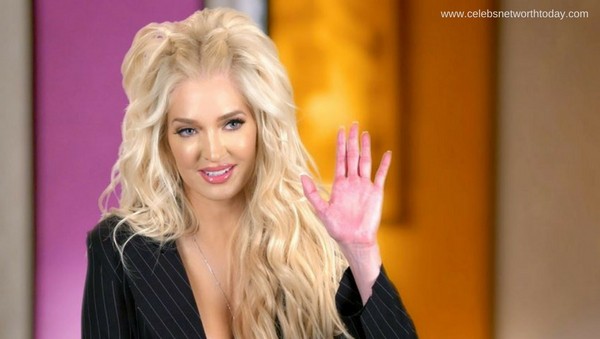 Perhaps this explains why she was so quiet on the season reunion! This weekend news broke that Real Housewives of Beverly Hills’ Erika Jayne might be leaving the Bravo franchise. Housewives come and Housewives go, but what is so shocking about this revelation is that Erika is rumored to have quit!

The rumors started swirling when “Housewives Super Fan,” @DeeRHOYT, sent out a tweet that got Bravo fans spinning. “Hearing that @erikajayne has quit #RHOBH and that a statement will be published after this season airs,” Dee writes.

“Could just be a rumor, however after this season plus Reunion Part 1, I would not be surprised if this was true.”

Hearing that @erikajayne has quit #RHOBH and that a statement will be published after this season airs. Could just be a rumour, however after this season plus Reunion Part 1, I would not be surprised if this was true. And I can't say I would care either, bye girl! pic.twitter.com/h0qDwTzTdP

Erika has been a fan favorite for most of her time on the show, but this season the tide seemed to turn when she challenged fellow castmember, Teddi Mellencamp. Teddi called Erika’s memory in to question when she refused to defend Teddi against Dorit Kemlsey, saying that she had “fake amnesia.” Erika took EXTREME exception to the accusation and lashed out at Teddi.

It certainly was ugly and fans seemed to have noticed that Erika is not as much fun as she used to be.

While Bravo nor Erika has yet to confirm the rumor, fans are not exactly sad to see Erika go. As Dee herself says, “bye girl!”

Tell us if you’d be sad to see Erika go in the comments!