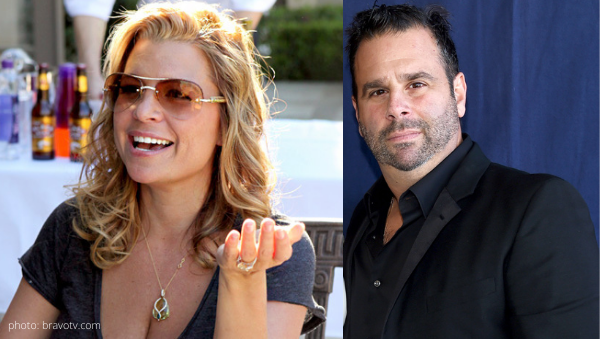 A post shared by OnThisDayEntertainment (@onthisdayentertainment) on Apr 29, 2019 at 5:58pm PDT

Dana Wilkey, former ‘friend of’ the Real Housewives of Beverly Hills, is the latest to demand ‘The Irishman’ executive producer repay her what he owes.

The owner of the infamous $25,000 sunglasses took to her Instagram page to share a message with ‘Randy.’ “SEND IN THE DEBT COLLECTOR TO #randallemmett #vanderpumprules I FEEL MUCH BETTER NOW.”

Dana (who, never forget, was the party planner behind Taylor Armstrong‘s infamous $60k tea party for her 4 year-old daughter in RHOBH‘s first season) posted “I still want my $5,000 from when you ditched my room…. I lost ten grand by letting those people go for YOU so you could take the room and you never paid me the $5,000 that you owe me- that you sent me to your office like a dipshit looking for a check that didn’t exist. I didn’t like that. Since you’re such a baller, I saw on Lisa Vanderpump your big jets and stuff- maybe you can pay me now.”

Dana didn’t stop there. This, ladies and gentleman, is a READ:

“Also, I really hope you’re earning your producer credits now…and I know you know what I mean.”

Instagram users can’t stop eating up this delicious drama! One user wrote, “Looks like he has a history of not paying people back. If he can pay 50 cent his million by Monday I think he can swing a few grand. Makes you wonder what’s really going on. #waitingforkarma.”

Another IG user added, “OMGGGGGG Dana just opened up a new can of worms and I’m living for it!”

“So TELL US WHAT YOU MEAN BY HIM “EARNING PRODUCER CREDITS” It’s OK you can call him out. Let’s do this💫.”

Do you think Dana will get Rand to pay up on his own, or should she send 50 in for back up? Sound off in the comments!