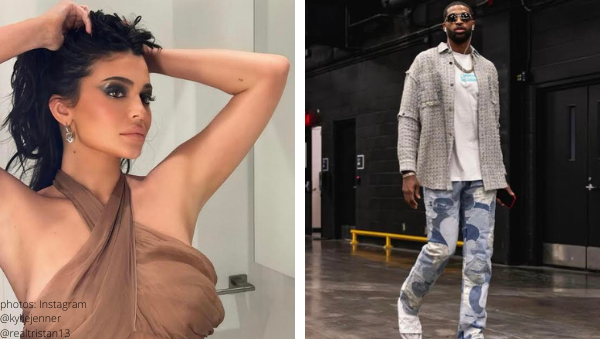 Hours after Hulu aired The Kardashians episode that exposed Tristan Thompson‘s cheating scandal – while he was in a relationship with Khloe Kardashian – the NBA star showed up at the same party as his daughter’s aunts, Kylie Jenner and Kendall Jenner

The Jenner gals weren’t the only A-listers who celebrated model Stassie Karanikolaou‘s birthday, according to reports from TMZ.
In addition to Kendall’s boyfriend, Devin Booker, Addison Rae, and rappers G-Eazy and Tyga were also seen at the soiree….and then Tristan showed up.
Before long, Kylie made her exit.

Keep in mind that Stassie’s party was just hours after the revelation of Khloe’s baby daddy, Tristan, impregnating Maralee Nichols aired on Hulu’s The Kardashians.

To be a fly on that wall…

Do you think Kylie’s departure was a result of Tristan’s presence? Sound off in the comments.