"There has been no evidence whatsoever proffered to suggest that Shah's right to a fair trial has been compromised or prejudiced in any respect." 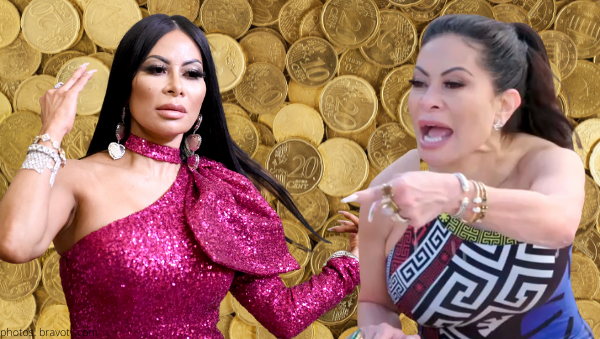 Real Housewives of Salt Lake City star, Jen Shah, did not get Shahmazing news from the court regarding a request she made in the case alleging she is guilty of money laundering and wire fraud.

The controversial star of RHOSLC‘s counsel requested the court file a motion claiming Hulu‘s documentary, The Housewife and the Shah Shocker, is “reprehensible” and will “severely jeopardize” her right to a fair trial.

*Thumbs down emoji* to Jen’s request:

Judge Sidney H. Stein denied the Real Housewife‘s motion to dismiss the fraud charges against her.

“Dismissal of an indictment is an extreme sanction that is to be utilized only in the rare case,” the federal judge wrote in an order filed in the U.S. District Court for the Southern District of New York that was obtained by People.

“There has been no evidence whatsoever proffered to suggest that Shah’s right to a fair trial has been compromised or prejudiced in any respect.”

“An appropriate voir dire of potential jurors will be able to determine if the jury pool has been tainted in any way by” the Hulu doc.

So, basically, the court can give potential jurors a survey, for example, asking if they watched The Housewife and the Shah Shocker eliminating jurors with any bias.

The 48-year-old mother of two pleaded not guilty to one count of conspiracy to commit wire fraud in connection with telemarketing.  (She is believed to have victimized 10+ people over the age of 55.)

Jen also pleaded not guilty to one count of conspiracy to commit money laundering.

The reality tv personality faces a maximum of 50 years in prison if convicted on all charges.

Jen’s first assistant, Stuart Smith, who faces almost-identical charges and sentences, recently changed his plea from ‘not guilty’ to ‘guilty‘.

What do you think the future holds for Jen Shah? Drop your opinion off in the comments!