“I really don’t want to give him any more publicity.” 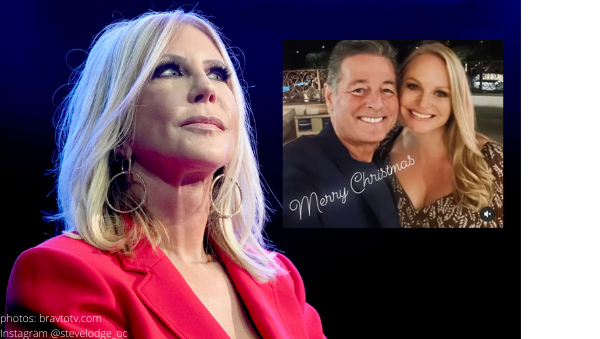 The OG of The OC, Vicki Gunvalson, reacts to the news that her former fiance, Steve Lodge, is already engaged to another woman.

In a statement to Page Six, Vicki stated she didn’t “want to give him any more publicity” because “he’s a fame whore.”

According to an exclusive report from People, Steve popped the question to his 37-year-old girlfriend Janis Carlson in December of 2021.

“We are both very excited, incredibly happy, totally in love and look forward to our life together.”

This will be Steve’s fourth marriage and Janis, a third grade teacher’s first marriage.

Social media accounts flooded with well-wishes for the 59-year-old mother of two.

“Engaged after 3 months of dating and 3 previous failed marriages? What could possibly go wrong??”

“Not to generalize but men are disgusting.”
Andy Cohen took to Twitter to share his affection for the Coto Insurance CEO.

If @vgunvalson doesn’t find a GREAT guy this year, it won’t be a good year. She deserves it. #FullLoveTankForVG

Cheers to Vicki’s love tank getting filled in 2022.

Do you think Steve and his new fiance will actually make it to the altar, unlike his engagement with Vicki? Drop your prediction off in the comments!