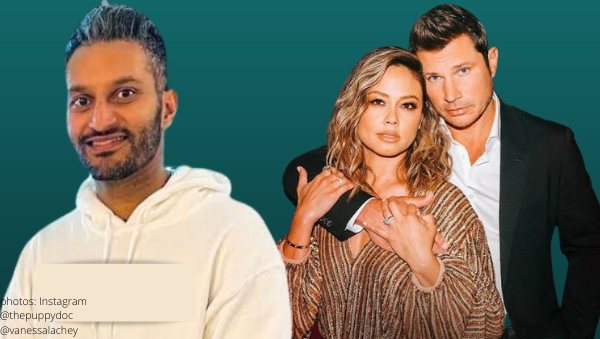 The season 2 LiB villain referred to Nick and Vanessa Lachey as “not at all impartial hosts” before saying “they had no problem ganging up on me” rather than “facilitating the conversation and not like joining in.”

“In my opinion, I feel they should get booted off. I feel like anybody could do a better job than those two. Literally anybody.”

Shake described the LiB2 reunion as “upsetting” and also “extremely hypocritical” since the pair met “on the set of a music video.”

The rhetorical question Shake presented circled back to the purpose of the dating experiment- Is love really blind for a couple that met in that picturesque of a context?!?!

***Since I had a legit decade-long addiction to TRL, I believe myself to be a qualified armchair expert on this topic.

I’d like to make some corrections to what was claimed in the S’More Date interview.

Shake stated Nick and Vanessa met on the set of a music video set.

After several encounters, Nick invited Vanessa to portray his love interest in his video for ‘What’s Left of Me,’ in which the S’More Date host declared Vanessa donned a “bikini and a thong.”

Back to what Shake said…

Shake recalled a statement Vanessa made at the season 2 reunion- “‘Nick would stick with me even if I was dismangled.’  I think she made up a word. Dismangled in a car accident.”

“I’m sure you’d like to think that, but you really don’t know.”

Do you agree with Shake on his opinion of Nick and Vanessa as hosts? Drop your opinion off in the comments!