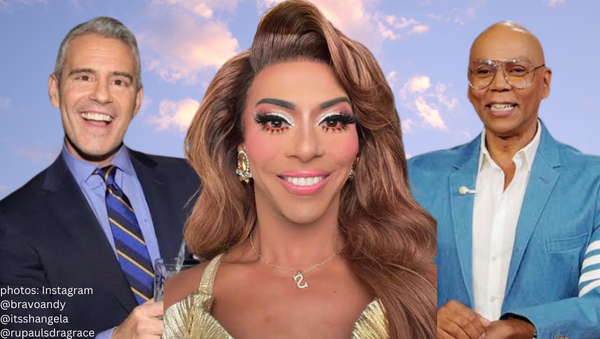 RuPaul Charles made a guest appearance on Watch What Happens Live with Andy Cohen and named the dragtestant that could have won their season of RuPaul’s Drag Race.

“I actually put her on the show like three times, something like that,” Ru-minded the Supermodel (You Better Work) songstress. Shangela appeared on RPDR seasons 2 and 3, as well as RPDR All-Stars season 3.

The Emmy-winning television host agreed with Bravo TV‘s daddy on how many iconic drag queens have come from the RPDR werk room. “So many fabulous queens to terrorize y’alls neighborhoods.”

Shangela co-starred in A Star Is Born with Lady Gaga and Bradley Cooper and recently appeared on the 31st season of Dancing With the Stars.

Which of RuPaul’s girls do you think should have won their season? Drop names in the comments. *I’ll start- Shea Coulee, with no disrespect to Sasha Velour.*