The freshman RHOC star turned the tables and called out the mother of seven! 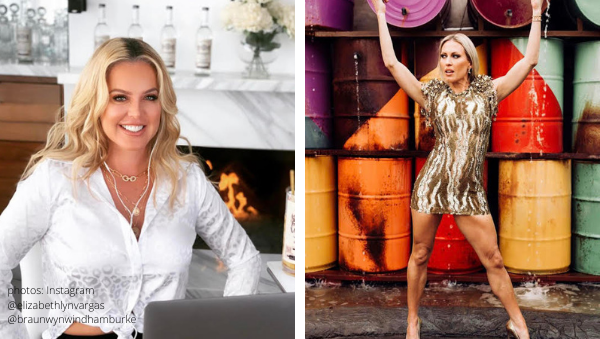 Braunwyn is ‘too much’:

Elizabeth took to Instagram to share a screenshot of a headline stating “RHOC’s BRAUNWYN WINDHAM BURKE SAYS SHE’LL ‘BE HEARTBROKEN’ IF HUSBAND SEAN FALLS FOR SOMEONE ELSE” along with her feelings on the sophomore housewife.

The caption read, “🤣🤔🤔🤔OK.. I’m sorry but this is just getting to be wayyyy too much 🤣 Didn’t she just announce she’s NEVER been attracted to him EVER & she’s ‘SLEEPING WITH WOMEN’! Acceptable behavior because she calls it a ‘modern marriage‘ or extremely narcissistic & hypocritical…Thoughts?”

After a slew of hilarious hashtags, Elizabeth finished her caption with, “🤣I’m just reading all the public headlines…You can’t make this shit up 🤣.”

Do you agree with Elizabeth in that Braunwyn is ‘too much?’ Drop your opinion off in the comments!