"I've heard from her what happened and made amends..."

Shannon Beador responded to an Instagram user who joked about the accusation that Braunwyn offered her daughter, Stella, cocaine when she was 14.

“No one was ever offered cocaine.”

Braunwyn Windham Burke responded to the accusations that she offered cocaine and a drug dealer’s contact information to Shannon Beador‘s then fourteen-year-old daughter, Stella Beador.

It looks like the Real Housewives of Orange County reunion may give us more than the entire 15th season.

Braunwyn responded directly to the stunned follower. “I honestly have no idea, I was drinking at the time. I’ve heard from her and made amends, I’ve since heard a very different version of what happened which isn’t at all what she said from someone I trust though.” 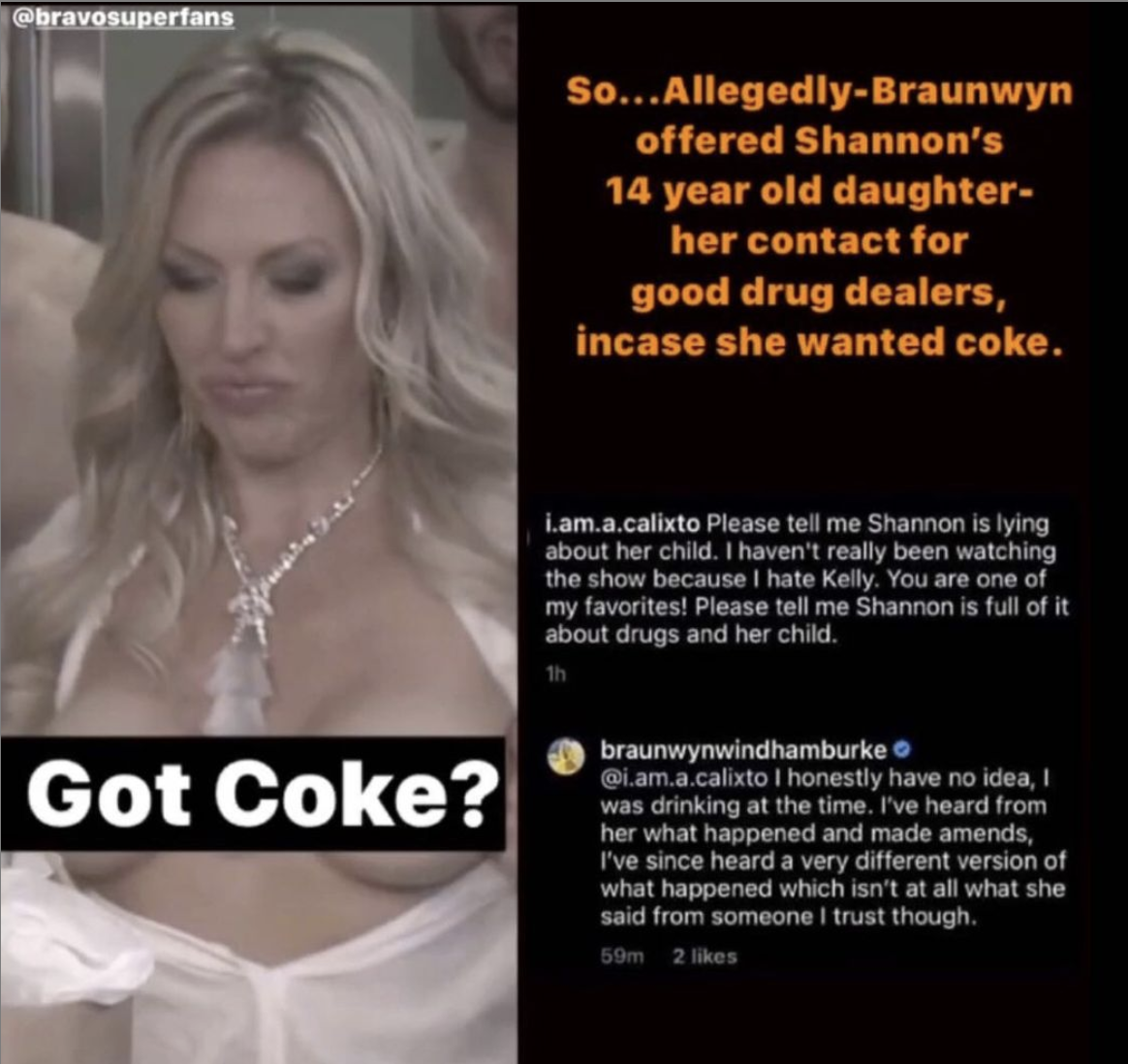 All About the Tea got an exclusive with an insider that alleged “Braunwyn offered Shannon’s daughter cocaine and made moves to connect the teen with her drug dealer.”

According to All About the Tea‘s source, “Braunwyn approached Shannon Beador’s daughter, Stella, and offered her cocaine and asked if she wanted her dealer’s number.”

The insider included, “Braunwyn told the 14-year old at the time that if she needs coke, she has the best drug dealer in the area.”

In case you missed the RHOC season 15 reunion preview:

Want to stay up-to-date on the Real Housewives and beyond?

Check out the Pink Shade podcast for hilarious reality tv recaps and news. Here is the most recent episode.

I have a shady theory that production went hard on the feud between Braunwyn accusing Shannon of calling Gina Kirschenheiter‘s new home “sad” was to prepare us for Cocaine Gate. Sound off in the comments!