Amelia Gray and Delilah Belle "are grateful and they own it." 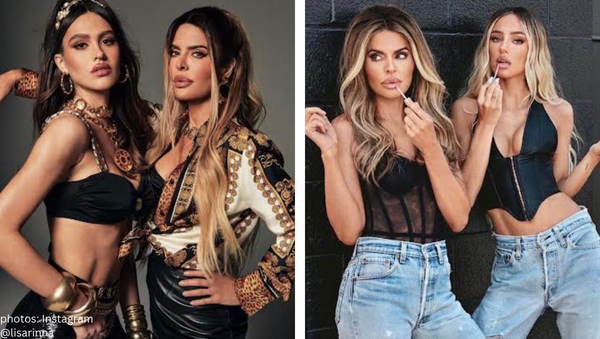 Real Housewives of Beverly Hills star Lisa Rinna OWNS the fact that she and her husband, actor Harry Hamlin, birthed a couple of ‘nepo babies,’ referring to the nepotism in Hollywood.

Former actress turned reality tv villain, RHOBH‘s Lisa Rinna, on the other hand, didn’t get upset when her daughters Amelia Gray and Delilah Belle were called out for their privilege.

Lisa took to the comment section of an Instagram post from @dietprada to share her take. “We birthed 2 nepo babies and they know how freaking lucky they are” adding, “They are grateful and they own it. 🤗.”

The former Days of Our Lives and Melrose Place actress posted another comment in the thread regarding nepotism, “Just own it baby.”

What is your response to the ‘nepo baby’ backlash? Sound off below.