The 37 year old father of three and his 19-year-old girlfriend viewed four mega-mansions together. 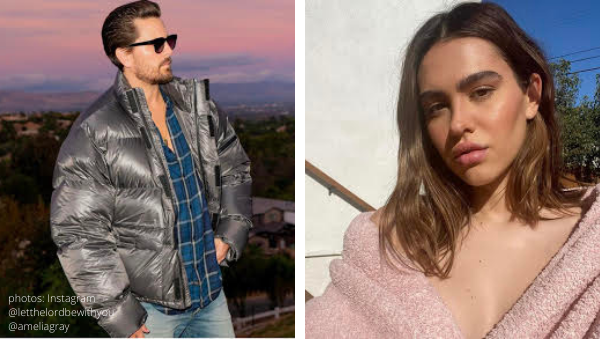 Kourtney Kardashian‘s baby daddy is back in the saddle, and looking for a new place to call home.

Keeping Up With The Kardashians‘ Scott Disick and girlfriend Real Housewives of Beverly Hills daughter, Amelia Gray, started dating around Halloween and aren’t wasting any time!

The Daily Mail reported the 37 year old father of three and his 19-year-old girlfriend viewed four mega-mansions around the swanky Holby Hills neighborhood.

The Flip It Like Disick star’s net worth is said to be about 20 million, so the reality tv star has the pick of the litter. (Yes, that is a double pun as Scott is dating a teenager.)

Sounds perfect for a man who refers to himself as ‘Lord.’

Scott and Amelia then checked out a $115 million mansion that includes nine bedrooms and ten bathrooms on a sprawling 10 acre lot previously owned by classic Hollywood actor Tony Curtis and the actress/singer/Twitter legend, Cher.

The final mansion viewed was the $38,270,000 home billed as one of the best 180 degree unobstructed views near Hollywood. I hope Amelia’s fake id works at the trendy neighboring LA clubs….

Having a hard time Keeping Up with the Kardashian/Jenner clan?

Check out the Kar Dishin It podcast for hilarious recaps and the latest news and gossip from America’s first family. Here is the most recent episode!

Do you think Scott was trying to impress Amelia with the mansion tour, or do you think they are planning to shack up together? Sound off in the comments!