Could this be the catalyst for Garcelle filming with Lisa Vanderpump? 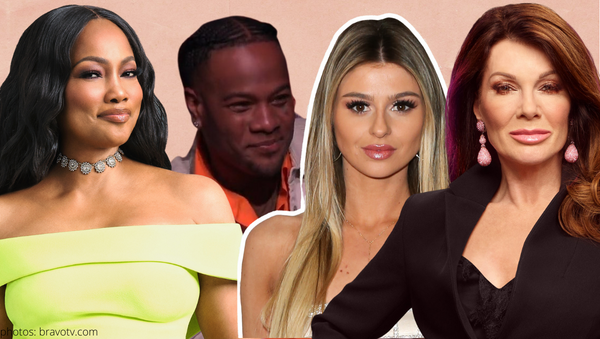 Real Housewives of Beverly Hills star Garcelle Beauvais’ oldest son, Oliver Saunders aka the one Erika Girardi propositioned, has been accused of cheating on his wife, Samantha Saunders, with Vanderpump Rules‘ Raquel Leviss, among other women.

Could this be the catalyst for Garcelle filming with former RHOBH star, Lisa Vanderpump? In case you missed it, Oliver works for LVP at her Las Vegas restaurant, Vanderpump à Paris.

Oliver’s baby mama took to Instagram because he allegedly “made out” with the VPR beauty. Thankfully for us Pump Rules lovers, cameras caught it all!

Only dropping Raquel’s name, Samantha spilled Oliver “has committed adultery with coworkers and guests of the restaurant.”

Hey DJ, can you play Erika Jayne‘s How Many F*cks, as it appears Samantha doesn’t believe her husband gives any. She wrote, Oliver “plans to continue to go on a date with Raquel while filming.”

Samantha concluded her lengthy caption assuring Bravoholics, “YES I HAVE Receipts of everything!!”

He captioned the pic, “A Little Future Surprise

Do you think Oliver and Raquel have anything going on, besides both being employed by LVP, or is this all just for the cameras? Drop your opinion off in the comments.