The momager is "really the only one who still has a relationship with Kanye." 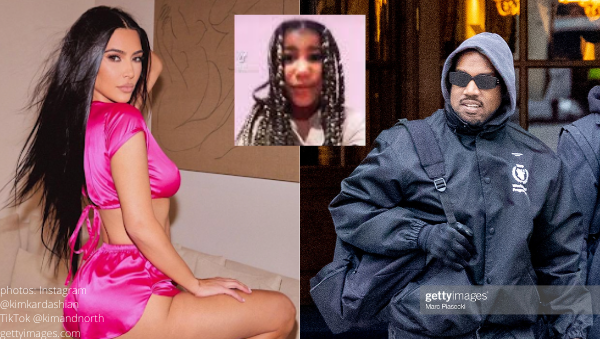 A source spilled to UsWeekly, “The other Kardashians are [supporting Kim] — they’re all there for each other.”

“Kris is really the only one who still has a relationship with Kanye.”

The momager is “always…the peacemaker when no one else will speak to him.”

Keeping Up With Kim and Kanye:

The co-parenting relationship between Kim Kardashian and Kanye West hit a new low after ‘Ye took to social media to air his grievances over his estranged wife and daughter, North West‘s TikTok page, @kimandnorth.

Kanye wrote, “SINCE THIS IS MY FIRST DIVORCE *(omg the shade)* I NEED TO KNOW WHAT I SHOULD DO ABOUT MY DAUGHTER BEING PUT ON TIK TOK AGAINST MY WILL ?”

Kim wrote a lengthy message to her 285M followers.

“Kanye’s constant need for attacking me in interviews and on social media is actually more hurtful than any TikTok North might create.”

The reality tv icon threw some shade of her own by bringing her status as ‘main provider’ into the statement.

“As the parent who is the main provider and caregiver for our children, I am doing my best to protect our daughter while also allowing her to express her creativity in the medium that she wishes with adult supervision — because it brings her happiness.”

Kim continued, “Divorce is difficult enough on our children and Kanye’s obsession with trying to control and manipulate our situation so negatively and publicly is only causing further pain for all.”

“From the beginning I have wanted nothing but a healthy and supportive co-parenting relationship because it is what is best for our children and it saddens me that Kanye continues to make it impossible every step of the way.”

“I wish to handle all matters regarding our children privately and hopefully he can finally respond to the third attorney he has had in the last year to resolve any issues amicably.”

The rapper took it to a new level of messy when he accused the Keeping Up With The Kardashians alumni of attempted kidnapping.

Kanye asked, “What do you mean by main provider ? America saw you try to kid nap my daughter on her birthday by not providing the address You put security on me inside of the house to play with my son then accused me of stealing I had to take a drug test after Chicago’s party cause you accused me of being on drugs. Tracy Romulus stop manipulating Kim to be this way…”

Want more from the Kardashian/Jenner family?

Check out Zachary Reality for the latest from your favorite reality tv stars.

What do you think the future co-parenting relationship between Kim and Kanye has in store? Sound off in the comments.