“All love for Kathy and Lisa.” 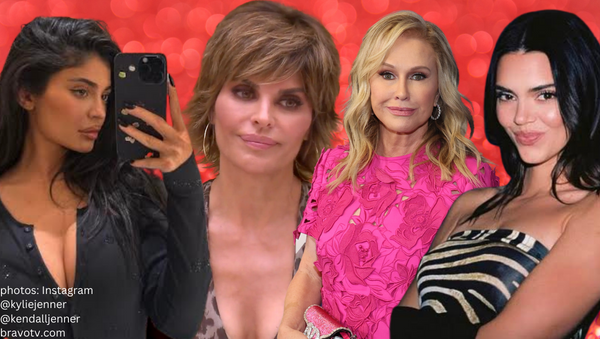 The Jenner sisters poked fun at a storyline from the most recent season of RHOBH with the caption, “All love for Kathy and Lisa.”

In the clip from the same bar the notorious Bravo scene was filmed, Kris and Caitlyn Jenner’s kids labeled the 818 Tequila Kendall’s Tequila while the Casa Del Sol Tequila is marked Kathy’s Tequila.

When presented her co-star’s libation, the former Days of Our Lives actress opted for another ‘friend’s’ spirit.

“I just want to try it because it’s my friend Kendall Jenner’s tequila.”

In true Bravo TV fashion, Kathy became irate and stormed from the bar. This incident was the catalyst for the conflict between Rinna and Kathy, which, in turn, negatively affected Kathy’s relationship with her sister, Kyle Richards.

Would you like to see how the Kathy/Rinna/Kyle drama plays out, or are you ready for a new storyline? Sound off in the comments.