After months of rumors, Amanza sets the record straight. 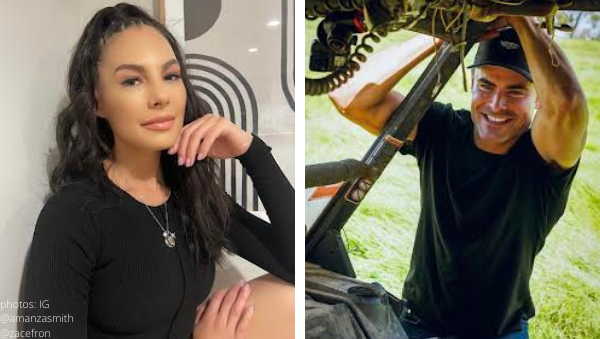 Keeping it in the Netflix family?

After months of rumors circulating of Selling Sunset‘s Amanza Smith dating Down To Earth‘s Zac Efron, the reality tv beauty set the record straight on whether she and the High School Musical alumni ever had a romantic relationship.

In an interview with E! News, Amanza stated “I’m not dating Zac Efron.”

“I saw him for two seconds, we did a photo and the next thing you know, we were together. I never made a statement.”

Both Amanza and Zac attended UFC 269 in December 2021 in Las Vegas and were photographed with newlyweds Tarek El Moussa and Heather Rae Young.

Amanza is all of us:

In a truly relatable AF moment, Amanza said what we were all thinking, “There are worse people that I could have been paired with.”

You can say that again…

Be honest. If there were rumors you were dating Zac Efron, would you shut it down? Sound off in the comments.

Be the first to leave Comments for Are Selling Sunset’s Amanza Smith And Zac Efron Dating?