"All parties involved just wanted to end the series on a high note." 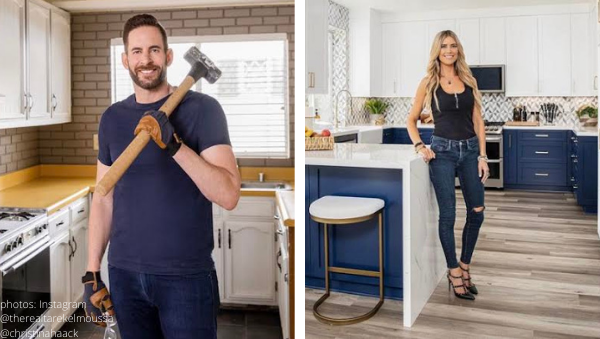 The end of an era:

TMZ tattled, “the decision had nothing to do with any specific incident or flop in ratings — all parties involved just wanted to end the series on a high note.”

The popular tv personality made the news Instagram-official.

“New Flip or Flop episode airs tonight! And with just two episodes left, the end of this season is a bit more bittersweet… after an incredible 10 year run, Flip or Flop is coming to an end. This show would not have been possible without all of you following along, so THANK YOU!”

“You guys have been with us through it all—you watched me beat cancer, you’ve watched the babies grow up into the most amazing little humans, and everything in between 🙏🏼 but I’m not going anywhere and I can promise that you are going to love what comes next!”

“With only TWO episodes left, we’ve definitely saved the best for last!”

The exes may have chosen to close the chapter on their shared HGTV show; however, audiences will continue to see more from Tarek and Christina on the network.

Christina’s spinoff, Christina On The Coast, continues to rack in ratings, as does Flipping 101 with Tarek El Moussa.

Fans of Tarek can also find the newlywed in the heart of the drama on the season 4 finale of Netflix‘s Selling Sunset alongside his current wife, Heather Rae El Moussa.

Do you think Tarek will appear with his wife more frequently on Selling Sunset now that Flip Or Flop has wrapped? Sound off in the comments!