Robert filed charges for domestic abuse against 'this' baby mama in 2016. 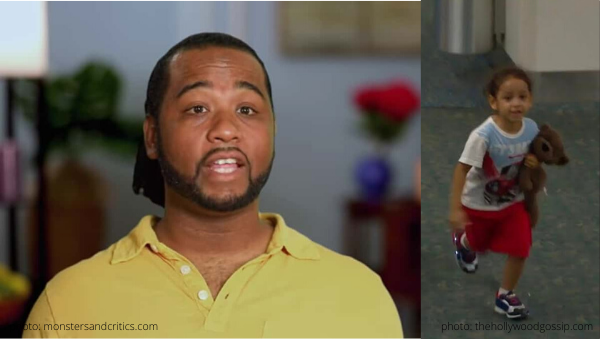 Wonder why 90 Day Fiance‘s Robert Springs isn’t in contact with Bryson’s mom? The father of five filed charges for domestic abuse against ‘this’ baby mama in 2016.

According to Daily Soap Dish, “Not sure what happened previously but it seems that at one point the couple got into a spat, and Robert wouldn’t allow her into his room. She got mad, barged into the room anyway and started shoving him. He tried to get her to stop but she wouldn’t, and then she picked up random household items and started tossing them around. I guess it became just a straight-up crazy meltdown because that’s about the time Robert called the cops and when the officer in question arrived on the scene, his ex charged the officer!”

“When the officer showed up, he could see that the ex, referred to in the court document as Susan, was having a fit she was throwing household items and at one point climbed on top of a box of Christmas decorations and started stomping on them for whatever reason. The officer asked her three times to stop what she was doing and she refused to comply, then promptly charged the officer and when he put the cuffs on her that’s when she began to kick him and scream. She ended up being charged with domestic battery and battery on a police officer.”

Based on these findings, Robert, whose five kids have four different mothers, appears to be the best suited to raise little Bryson. Anny Springs, who stars with Robert and Bryson on the current 90DF season, hopefully is just what Bryson needs.

If you can’t get enough of 90DF, check out the Pink Shade with Erin Martin podcast. Her 90DF breakdowns are the best out there. Here is the most recent episode!

Do you think Anny will be a good mother figure to Bryson? Spill your tea in the comments!