Paul revealed his wife has a restraining order against him, “I’m not allowed to be around her or my son, within 500 feet of them at all." 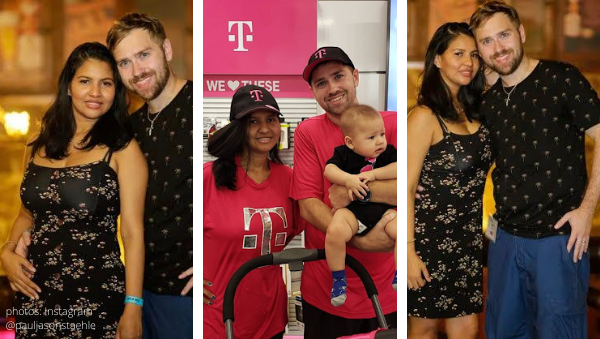 This is very concerning.

90 Day Fiance‘s Paul Staehle claimed Karine Martins and their son Pierre are missing after a fight. Police are on the lookout for the mother and son.

A post shared by OnThisDayEntertainment (@onthisdayentertainment) on Aug 1, 2020 at 5:26pm PDT

US Magazine reported, “The TLC star, 37, shared a video on Friday, July 31, that showed him in the hospital wearing a mask and waiting for test results. ‘Karine took off with Pierre and I don’t know where they are,’ he told his followers, adding that his neighbors called to let him know that she hopped into a car with their 16-month-old son, with no car seat. He revealed that he had messaged the Brazil native’s mom who was ‘worried for her safety’ and ‘wants to get a hold of her’ but Martins’ phone was turned off.”

Karine filed a restraining order against her husband to protect herself and their son from Paul after multiple sexual assaults.

“Paul posted a screenshot of the restraining order he was served with. In the docs, Karine says multiple times in the past couple of weeks Paul has ‘pushed me, grab my breast squeezing and twisting hurting me, pushing me to the floor.’ Karine accuses Paul of forcing his penis into her mouth and raping her,” according to reports from The Blast.

As per the restraining order, Karine claimed that her husband yells and throws things at her, keeps her green card from her, and monitors her every move. Click here to a screenshot of Paul’s Instagram post to see the restraining order for yourself. The IG post has since been removed.

Karine was accused of drinking at another’s man’s house with baby Pierre around. Police officers could be seen talking to both parties trying to intervene.

After the showdown, Paul checked himself into the hospital where he got tested for STDs, in which he received positive results. He claims to have never cheated on Karine, implying she is the cheater.

Paul took to Instagram Live to say he was very scared for his child as he pleaded with his followers to please contact the Sheriff’s Department if they saw his wife.

Want to stay up-to-date with the latest 90DF news?

Subscribe to the On This Day Entertainment podcast so you don’t miss a thing!

What do you think happened to Karine and Pierre? Drop your theories off in the comments!