"Shanna had visible marks on her body." 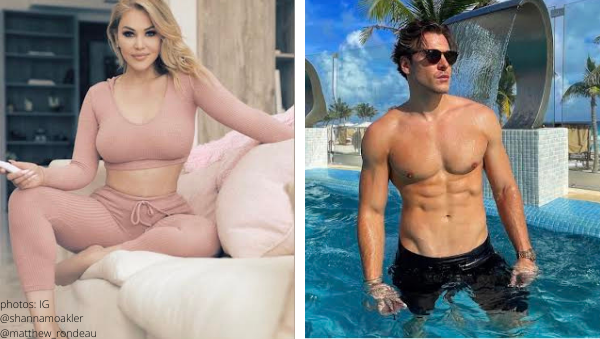 Just after Shanna Moakler was eliminated from the Celebrity Big Brother house, her on-and-off boyfriend, Matthew Rondeau, was arrested for felony domestic violence.

TMZ shared a concerning video of Matthew accusing the former Miss USA of cheating on him.

The night of Wednesday, 2/23/2022, a fight ensued after Matthew accused Shanna of being unfaithful.

According to a video taken by Matthew and shared by the online tabloid, Shanna spent the night at a neighbor’s home.

“Shanna left the home, but returned Thursday morning where the fighting continued and allegedly became physical,” as per reports from TMZ.

“We’re told cops were called, and Shanna had visible marks on her body … Rondeau was arrested for felony domestic violence.”

Matthew screamed at his Instagram followers via his story, “She goes to our f*cking neighbor’s house, with a f*cking wife, and f*cking kids and f*cking sleeps here” while pointing at their neighbor’s home.
“She’s a f*cking whore. I don’t give a f*ck. Quote me on it.”

Additional choice adjectives Matthew used to describe the former star of Meet The Barkers were “c*nt,” “sociopath,” “narcissist,” and “piece of sh*t.”

See the hella disturbing vlog for yourself.

Matthew was caught engagement ring shopping while Shanna was in the BB house. After seeing Shanna and Lamar Odom interacting via the CBB live feeds, Matthew wondered if proposing to Shanna was a good choice.

From the looks of it where I’m sitting, Shanna is the one who dodged the bullet…

It’s been a rough week for Shanna. Send some good energy her way below!