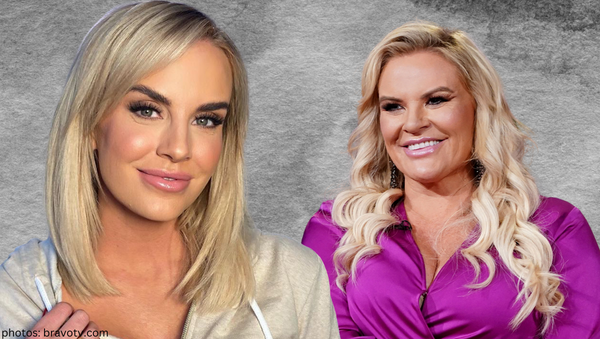 Whitney took to Twitter to share a screenshot of her Instagram notifications which revealed her cousin is following her again. The owner of @thewildrosebeauty skincare line even tagged Bravo in her post and added the hashtag RHOSLC.

“So I get refollowed after her ride-or-die was sentenced yesterday … WILD!”

This comes on the heels of a family feud that erupted on the show’s 3rd season between ‘Bad Weather.’

During the time Whitney and Heather spent apart, the Beauty Lab + Laser owner got closer to the prison-bound Bravolebrity.

So I get re-followed after her ride or die was sentenced yesterday… WILD! #RHOSLC @BravoTV pic.twitter.com/Dr1nvaXHa8

Do you think the ‘bad weather’ storm is calming, or only getting worse? Drop your opinion off below.

Be the first to leave Comments for Heather Gay “Re-Followed” Whitney Rose On Instagram After Jen Shah’s Was Sentenced 6.5 Years In Prison