If Chad Allen changes his plea to guilty, which Ronald Richards believes is "highly likely," Jen may be the only person being investigated still claiming innocence. 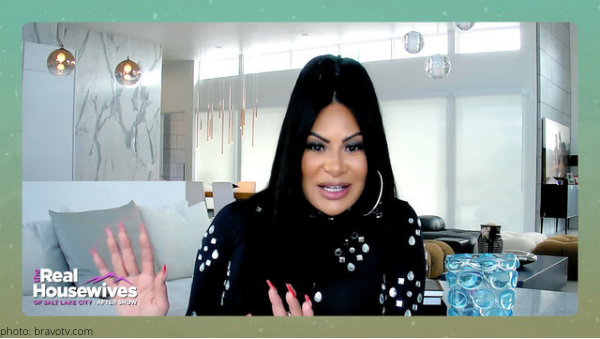 Attorney Ronald Richards provided insight into the latest potential setback for the Bravolebrity via Twitter.

Jennifer Shah update: Defendant Chad Allen has lined up to plead guilty. We will know soon if he is cooperating. Highly likely but we will verify on 2/3/22. It is very possible it will be a trial of two or just her. Not fabulous. Keep filming Jen. @TheRealJenShah #RHOSLC pic.twitter.com/D7T3iUodGS

Chad Allen (another person being investigated in the scam Jen is allegedly involved in), is expected to admit his role in the telemarketing scheme that defrauded hundreds of people at a virtual change of plea hearing scheduled for February 3, 2022, at 3:30 pm.

If Chad Allen does indeed change his plea to guilty, which Ronald Richards believes is “highly likely,” Jen may be the only person being investigated still claiming innocence.

“It is very possible it will be a trial of two or just her.”

Like most of us RHOSLC fans, the popular attorney requested, “Keep filming Jen.”

On Friday, November 19, 2021, Stuart ‘StuChainz’ Smith lived up to his nickname after changing his plea from not guilty to guilty of money laundering and wire fraud.

According to People magazine, Jen’s first assistant/BFF(?!) read a statement to The Honorable Judge Stein.

“I knowingly and intentionally discussed and engaged with other individuals to develop a plan or operation to obtain money by false representation by offering and inducing individuals, many of whom were over 50 years of age or older, to provide money to entities that I and others were involved with.”

“[I] became aware that these telemarketing companies were misleading customers of those entities by selling individuals, many of them who were older than 50 years of age, information that purported to be services [sic] to enhance their business opportunities.”

“The services sold were of no value and of no real benefit to the customer.”

How could this affect Jen?

Here is why the 3rd count hurts @therealjenshah. In her motion to suppress she filed earlier this year, she wrapped her arms around Smith’s deposition testimony which shielded her lack of ownership. Now, Smith will plead guilty to lying and admit he lied in the deposition to.. pic.twitter.com/IY8PcKg4aX

So basically, Stuart admitted to lying under oath and in a deposition.

That complicates things for Jen, as she referenced Stuart’s lies when she requested the court exclude certain evidence from the trial.

Naturally, this will prove to the court that Jen also lied under oath.

Jen’s trial is scheduled to begin in March 2022.

Have your popcorn ready!

Do you think Jen will eventually change her plea, like the others involved in the same conspiracy? Drop your prediction off in the comments!