Brandi claims she has receipts! 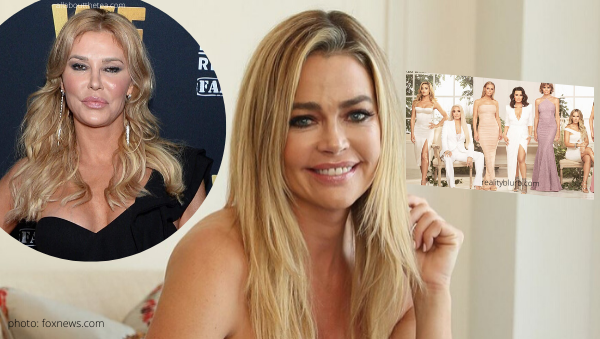 Though we haven’t gotten a specific date for the 10th season premiere of Real Housewives of Beverly Hills , the tea from the new season is already piping hot! RHOBH star, Denise Richards, denies rumors of a months long affair with Brandi Glanville. However, Brandi claims she has receipts!

Rumors of an alleged affair between the Hollywood hottie and former RHOBH star have been flooding the internet. A statement was made by the Instagram account @bestofbravo alluding to the ladies having an affair several months ago. Click here if you need a refresher.

To make a complicated situation even worse, the alleged affair was AFTER Denise’s wedding to Aaron Phypers, which RHOBH fans saw on season 9. According to @bestofbravo, Brandi thought since Denise and Aaron have an open marriage, he knew about his wife and her former friend’s dip in the lady pond. Long story short, he didn’t and Brandi told multiple people. Cringe.

Denise and her camp stayed quiet at first, but the scale of the rumor was too massive to ignore. Denise’s public relations representative told E! News “none of the affair rumors are true.”

Brandi is clapping back. A source told E! News, “All the drama around these accusations has been filmed, Brandi has text messages and other forms of proof, she claims.”

Who do you believe? Leave Team Denise or Team Brandi in the comments!